Sikhs protest out against Mohan Bhagwat outside RSS Delhi office 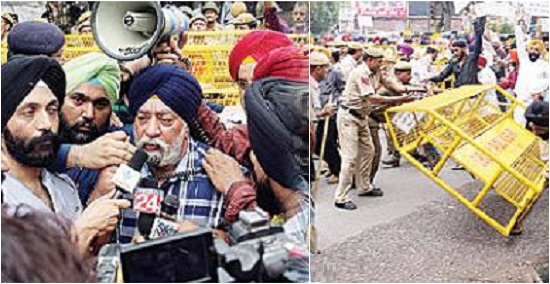 The protesters said that Sikh need not to get any certificate from Hindutva body with fascist tendencies and they just wanted to make it clear that such offensive statements against the Sikhs or the Sikh religion will not be tolerated.

The Delhi police had placed barricades to stop the protesters from reaching out at RSS office. Tarsem Singh Khalsa, Bhajan Walia and other SAD (Delhi) workers were arrested by the police, when they tried to cross the barricades. The arrested persons were later released by the police.

Besides SAD (Delhi), various other Sikh bodies of Delhi took part in the demonstration but the Shiromani Akali Dal (Badal) completely stayed away from joining the protesters.