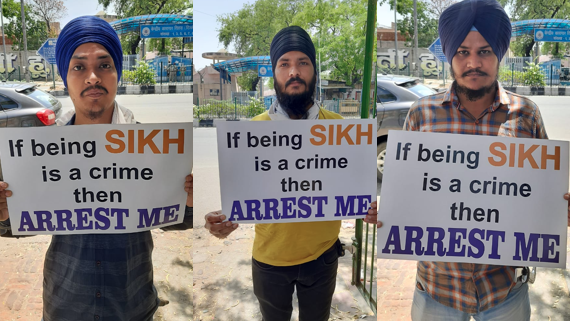 Jatha Sri Akal Takht Sahib representatives Daljit Singh and Gurpal Singh said that the Delhi government has granted parole to more than 3500 prisoners but the government was discriminating against Sikh political prisoners. 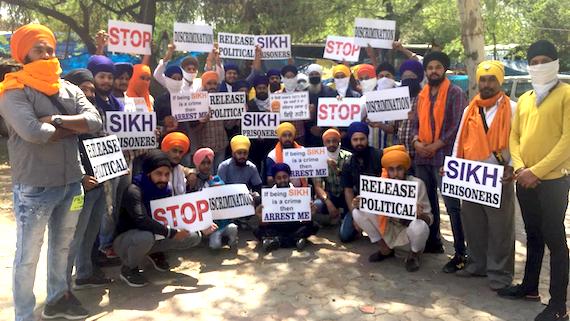 A written release issued on behalf of protesters (copy available with Sikh Siyasat News) says that the protest started on at around 11 am after Ardas by Gurpal Singh.

The protesters were holding placards in their hands demanding release of Bandi Singh (Sikh political prisoners) on parole.