Amritsar, Punjab: Narendra Modi government’s calculated step to announce enhance compensation for 3325 victim families whole family members were killed in November 1984 massacre of Sikhs in Delhi, has failed to convince the Sikh community and the victims and survivors of the genocide.

While talking to the Sikh Siyasat News (SSN) Bibi Nirpreet Kaur, one of the survivors of the genocide who lost her family members during November 1984 massacre of Sikhs in Delhi, said “compensation can not be a subsistence for justice”. She said that after 30 years of the massacre the Indian state was trying to snub the voices for justice with grant of “compensation”.

Similarly, another survivor of the genocide, Bibi Jagdish Kaur said that all she want to see at the last stage of her life is justice and punishment to the perpetrators of the genocide. She said she had lost five members of her family in November 1984 Sikh genocide and she has lives through last three decades with only hope to see the culprits behind the bars. “It was heart-breaking to see that the culprits were awarded high political positions instead of punishment. 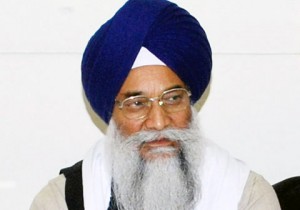 Giani Gurbachan Singh, Jathedar of Akal Takht Sahib, said that the decision of the BJP government to grant 5 lakh compensation to the victim families would extends some relief to the ruined families but this can not be equated with “justice”.

“Only the punishment to the culprits of the genocide could deliver the sense of justice to victims” he said.

Damdami Taksal (Mehta faction) head Baba Harnam Singh Dhumma said that impunity to the culprits of the genocide has resulted in further victimization of the victims and survivors.

Bhai Baldev Singh Wadala, Hazoori Ragi of Harmandar Sahib (Darbar Sahib, Amritsar) said victims want to to see the culprits being punished. He said compensation without any effective steps to punish the culprits does not hold must meaning.

Similarly, representatives of various Sikh organizations, including United Sikh Movement, Dal Khalsa, All India Sikh Students Federation (Peermohammad) and Sikhs for Justice said that Sikhs want justice, not the compensation. They said even after thirty years of the genocide the Indian state was trying to lure the victims with compensation while the perpetrators of the genocide were roaming freely.