Varanasi, UP: Dismissed BSF personnel Tej Bahadur Yadav’s nomination for the Varanasi Lok Sabha seat has been cancelled by the Election Commission saying that he allegedly failed to meet the deadline for submission of certain documents. 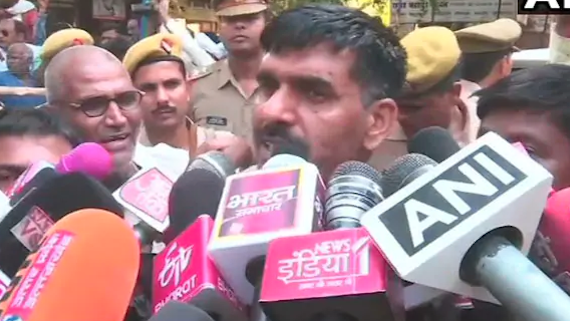 The Samajwadi Party candidate said the nomination has been rejected wrongly and he would “go to the Supreme Court”.

“I was asked to produce the evidence at 6:15 pm yesterday. We produced the evidence, still my nomination was rejected,” Tej Bahadur Yadav told reporters.

The Commission had sent him a notice yesterday, asking him to clarify whether he was dismissed.

In its letter, the Commission said employees of the state or central government who have been dismissed for “corruption or disloyalty to the state” shall be disqualified from campaigning for a period of five years.

The Border Security Force man had been dismissed for his public allegations about the quality of food served.