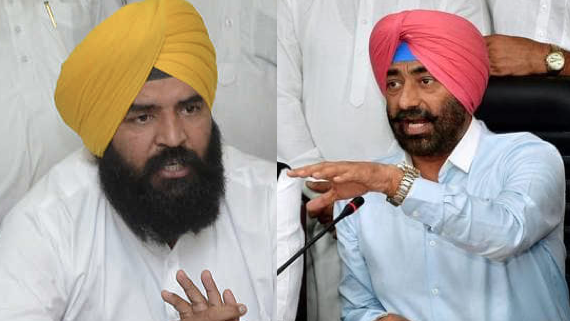 Rori said after partying ways from AAP and his much-hyped ‘swaraj’, Sukhpal Singh Khaira had hopped on the presidentship of the new outfit. “Where have his principals and philosophy on ‘swaraj’ gone?”, Rori asked. He further said that Khaira was resorting to such political manoeuvres only to remains relevant in politics. He said when, when the party replaced him as Leader of Opposition in state assembly and appointed an educated and prominent dalit face, he was critical of the decision.

Jai Singh Rori further added that Sukhpal Singh Khaira was playing to the tunes of the Badals and Captain Amarinder Singh.

He questioned as to why Sukhpal Singh Khaira was unwilling to quit as MLA from Bolath constituency, the seat he won on the AAP party ticket and why was he not ready to seek fresh mandate from his home constituency, he said.

AAP leader questioned Sukhpal Singh Khaira if he was pitching him from Bathinda against Harsimrat Kaur Badal to help her win the seat.

Rori further said that Khaira was playing in the hands of the Badals. He was simply venting his ire against AAP to undermine its prestige by downplaying the good work being done by the party in terms of addressing people’ issues and concerns of the people. Rori further said that AAP was performing its duty as a responsible Opposition in the state assembly in the best possible way and continue to do so in the future as well.