According to state officals, the TN government’s education department is going ahead with organising Teachers Day celebrations as it used to do in the previous years. 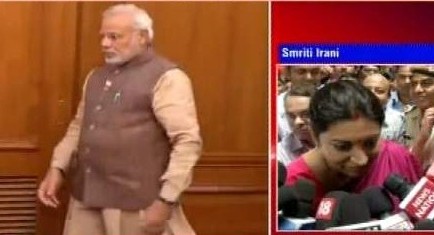 It will honour 377 teachers with the Best Teachers Award this year.

According to media reports, on being asked if the government would make arrangements to show interaction of Prime Minister Modi with children in state-run schools, the official said, there “are no plans as of now,” and added that private schools, be it matriculation or CBSE were free to show the interaction.

The children of the remaining 43 schools in Tamil Nadu and Puducherry will view the live telecast of the interaction on Doordarshan.

The BJP government’s move to rename the Teachers Day as Guru Utsav had invited severe criticism from opposition parties including DMK and the Congress.

DMK Chief Karunanidhi has termed the attempts of BJP government to celebrate Sanskrit week or observe Guru Utsav as the Aryans are plotting to destroy Tamil language and culture.