Tarn Taran: A day after 21 Angs of the Guru Granth Sahib were found torn inside a Gurdwara in Baath village of Tarn Taran district, the city as well as its adjoining areas witnessed a complete shutdown today.

A news reported by Hindustan Times (HT) says that on Friday, a woman, who had gone to the Gurdwara for reciting Gurbani at 3 pm, found as many as 21 Angs of a ‘bir’ of Guru Granth Sahib torn . As the incident came to light, around 500 persons from village and its surrounding areas gathered near the gurdwara, demanding arrest of those behind the sacrilege.

On Saturday, since early morning, Sikh protesters had come out on the streets and led protest marches at various places demanding arrest of those behind the act. Men walked with kirpans on the streets asking the shopkeepers to shut their shops. 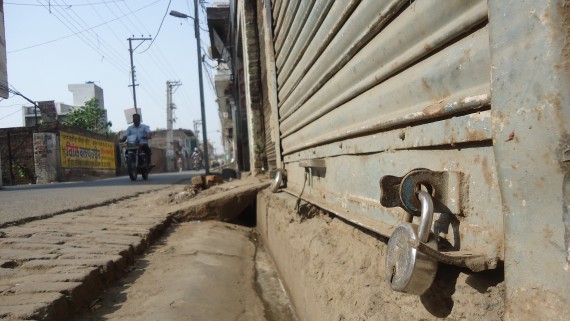 Locked shutter of a shop in a market of Tarn Taran 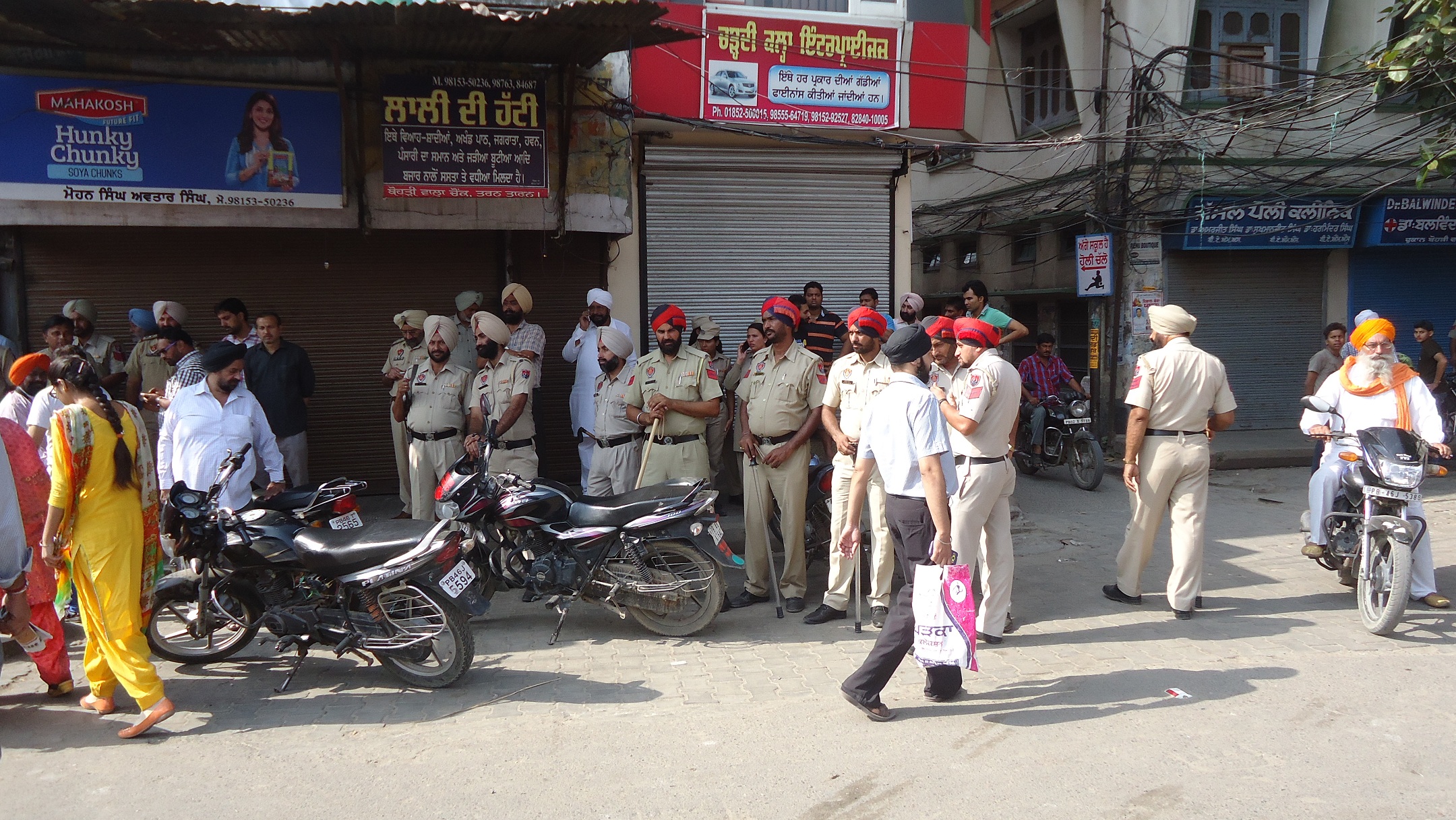 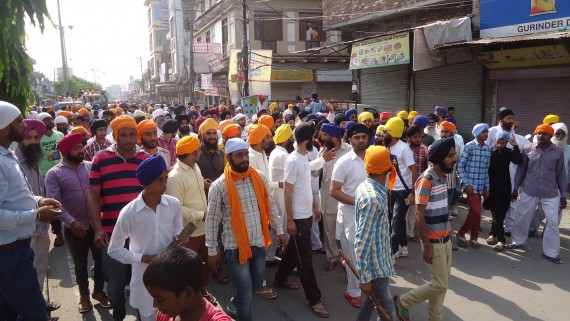 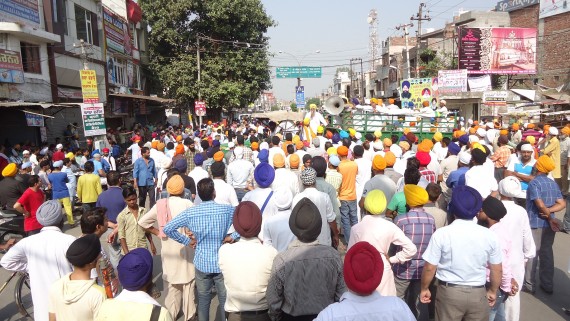 Blaming the Badal government for the crisis, Harminder Singh Gill said: “The situation in Punjab is worse than the Sikh-Nirankari episode of 1978. Punjab’s home minister Sukhbir Singh Badal should resign for his inefficiency in controlling the situation and President Rule should be imposed in the state.”

“I participated in the protest not as a Congress leader but as a Sikh. Every politician should take part in this struggle irrespective of their political ideology to restore the respect and dignity of the Guru Granth Sahib,” he added.

He also sought resignation of the Sikh clergy for pushing the community into a crisis that was dictated by Badal family for its own vested political interests.

At Patti, around 23 kms From Tarn Taran, the Aam Aadmi Party (AAP) members also staged a protest against the alleged desecration of Guru Granth Sahib.

Earlier this week, around 100 Angs of Guru Granth Sahib were found torn at a village near Kotkapura town of Farikot district that led to violent clashes between the police and the protesters, leaving two dead and injuring more than 60.