The Tribal Versus Development (by Umar Khalid, JNU)

Chandigarh: Umar Khalid a PhD research scholar at JNU, New Delhi has written an opinion article upon the root cause of the on going conflict in the tribal belt of central and eastern India. How the basic structure of development itself is fueling agony and misery for the adivasi population of that area. As they are now been termed as major obstacle to their huge revenue and profits by the big mining mafia’s and Multinational Companies (MNC’s) based in Chhattisgarh. As its to their misfortune that they are been targeted and displaced due to the fact that iron ore (minerals) worth of trillions of dollars lies beneath their feet.

The detail opinion article was published in the Indian Express (IE) under the title of “The Trible Versus Development”. It is the same article Umar Khalid was to deliver at Ramjas College in Delhi University on 21st February. The seminar was called of after the violent protest by ABVP at the University Campus. We sharing the opinion article for the further information of the readers of Sikh Siyasat News (SSN):-

The Tribal Versus Development

Whenever those who call themselves the vikas purush of our times talk of development, destruction awaits the adivasi communities of our country. If someone has paid with their blood, their lives, every time a big development project has been undertaken, it is the adivasis of India. As per a 2004 report of the ministry of tribal affairs, adivasis constitute only eight per cent of the entire population — however, when it comes to the population displaced by development projects, their numbers rise to 55 per cent.

We should not mistakenly trace the ongoing conflict in adivasi areas as caused by a lack of development. Rather, it is the very model of development being followed by those ruling our country that has precipitated and aggravated this conflict — a model of development where sensex and GDP figures matter, but not basic indicators like health, schools, rates of mortality, etc. 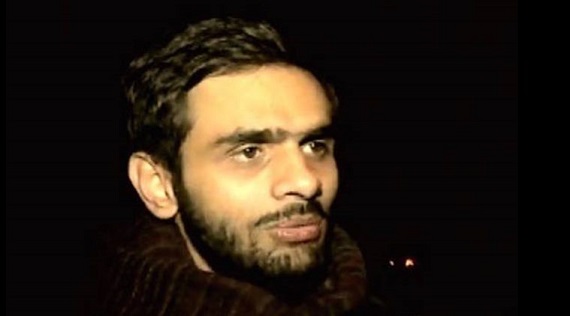 Our diverse adivasi communities — the Gonds, Bhils, Santhals, Hos, Mundas, Oraons, Koyas and many others — are the damned people of our country, subjected to, as B.D. Sharma put it, an unbroken history of broken promises. Their villages might not have a single school or hospital, but their biggest tragedy is what lies beneath their feet: Like vultures, the mining mafia has been eyeing the mineral resources of central and eastern India for the trillions of dollars it might get them. It is the adivasis who are standing between these companies and their profits. Therefore, this war.

In fact, the story could be taken as far back as the early 19th century when the British first tried to enter these areas. But the adivasis could never be completely subdued. They revolted several times, forcing the British to retreat. Legislations like the Chota Nagpur Tenancy Act (of 1908) after the rebellion led by the legendary Birsa Munda can be cited as examples of when the adivasis compelled even the British to recognise their rights. The present government, which is amending this legislation to make the process of land acquisition easier, it could be said, has even trumped the British in this regard.

The militarisation of the adivasi hinterland and development projects go hand in hand. The previous prime minister’s infamous statement in 2005 that Naxalism is the “biggest internal security threat” coincided with over 350 Memorandums of Understanding being signed with big corporations. The notorious Salwa Judum, funded by several corporations, was also formed the same year, on June 5, the death anniversary of Sangh ideologue Guru Golwalkar. Maybe, as a reminder of the deadly cocktail of Hindutva and development, the Chhattisgarh government reportedly signed a mining deal with a huge steel company the same day.

The horrors of Judum are well recognised now, even by the Supreme Court. But beyond horrific atrocities, the Judum served a larger agenda. By razing over 644 villages and forcing more than three lakh villagers to migrate out of the region, it simply tried to remove the obstruction that lay between the companies and the resources they were eyeing.

This task continues to be performed today by newer vigilante gangs and paramilitary forces swarming the forests since 2009. The Modi government has fortified this region further reportedly by sending 14 additional battalions of paramilitary forces: Bastar in Chhattisgarh is one of the most militarised regions in the country. The last two years have seen an intensification of the assault on adivasi lives and livelihoods — the NHRC has attested to mass rapes and fake encounters allegedly by security forces. But we’re told only the Maoists believe power flows from a gun.

Right now, building roads constitutes a major focus of what the government calls bringing development to these regions. But here, even roads are not neutral development projects. When tribal villages undergo a road survey, adivasi communities become very apprehensive. For roads bring with them companies, which bring with them troops, and all of it leaves a bloody trail behind.

In devastated landscapes of hollowed-out earth and red rivers, this war has only got gorier. Yet, it makes no headlines. For adivasis are dispensible, nowhere people fighting for survival. Far from being the cure, this model of development is itself the problem.