Hoshiarpur: Hitting out at Central Board of Film Certification (CBFC) for raising unnecessary objections over the upcoming film “Udta Punjab’, the Dal Khalsa slammed censor board for working in a biased and selective manner.

Referring to film Nanak Shah Fakir, party spokesperson Kanwar Pal Singh said the film that was supposed to be banned was given a go-ahead by this CBFC, where as the film which requires a go-ahead without any cuts was being held back for “illogical” scrutiny.

He recalled how the pleas of the Sikhs to ban the film Nanak Shah Fakir that challenged the fundamentals of the Sikhism was totally overlooked and ignored by the CBFC and its chairman.

The film Udta Punjab was about rising drug problem that Punjab was facing helplessly. It’s a harsh reality and the situation has reached the alarming proportion, said he. 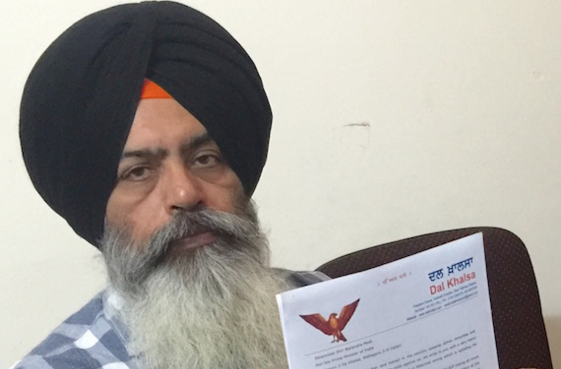 Taking exception over the Akalis blocking the release of this film, he said Akalis approach towards the drug abuse is like a proverb that says “A pigeon closes eyes on seeing a cat, thinking she doesn’t exist”.

The negative attitude of the present day government in Punjab and at Centre tells that they had in a way admitted their fault and complicity in worsening the drug problem. Referring to political interference in all institutions of the country, he alleged that “contrary to tall claims, nothing is independent in India whether its CBI, Film Censor Board, the police, security forces and to some extent the judiciary”.

Stating that SAD-Congress-AAP were the chips of the same block, he said it’s not that the drug menace has plagued the state only after Akalis came into power, nor does the Punjab was drug free-state when Captain Amrinder Singh was its Chief Minister. Similarly, one should not be in any illusion that the menace will suddenly evaporate if AAP forms the next government.

The root cause of the menace is the corrupt political system and lack of will and determination to tackle it irrespective of parties and governments. “We believe at one level, it was a part of the design to engage the Punjabi youth in drugs as a weapon to check their political consciousness and to counter the fighting spirit in them,” he said.

Strongly favouring the release of Udta Punjab without any cuts, he said “Let society in general and victims in particular to see this harsh reality on screen and learn some lessons.