UK: 165 MPs have been elected that support the Sikh Manifesto

London: The Sikh Manifesto has raised the profile of Sikhs and Sikh issues in the UK (and abroad) and been strongly supported by the Sikh community and candidates from all the political parties.

Nicola Sturgeon, the Scottish National Party (SNP) leader gave her full backing to the Sikh Manifesto. The SNP has taken a remarkable 56 of 59 seats in Scotland. They will stand by the Sikhs as a party and Scotland will do as a nation. 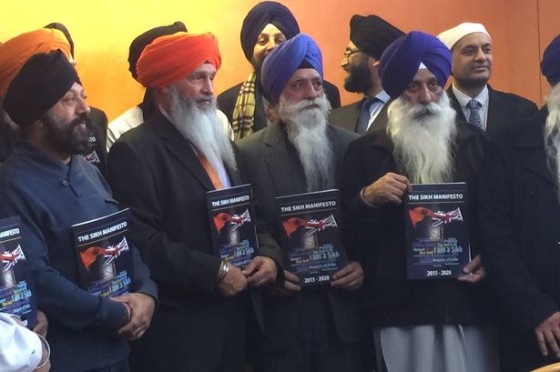 Responses to the Sikh Manifesto by candidates (final figures not including SNP support):

• At least 180 candidates contacted in 122 constituencies

• 60% supported 10 (applicability of self determination to the Sikhs)

• The fact we have a Conservative instead of a Labour Government makes little difference on points 9 and 10. We have much more sympathy on item 9 as the Indian Union Home Minister, Rajnath Singh himself has called what happen to the Sikhs in November 1984 as Genocide. The new UK Government will need convincing on this issue, but we have a solid base to build upon. No doubt the impact on trade with India and Indian Government pressure will remain the biggest hurdle.

• 94% supported 8 (independent public inquiry). A Conservative as opposed to a Labour Government makes this more difficult to achieve, but in the run up to the General Election relevant Conservative Ministers were told by Conservative candidates who are now MPs to keep an open mind on the issue after the General Election as many Sikhs and politicians were not satisfied with the internal review by the Cabinet Secretary.

165 MPs have been elected that support the Sikh Manifesto

In total 165 MPs have been elected that have prior to the General Election actively engaged with the Sikh Manifesto and provided full or partial support.

The Sikh Federation (UK) and Sikh Network will work with the new UK Government, opposition parties and these politicians to make progress on the Sikh Manifesto in the next 5 years.