In her letter Preet Kaur Gill said: “I am writing to you as Chair of the All Party Parliamentary Group for British Sikhs (APPGBS); a cross-party group that contains Labour, Conservative, Scottish National Party and Liberal Democrat officers and members”. 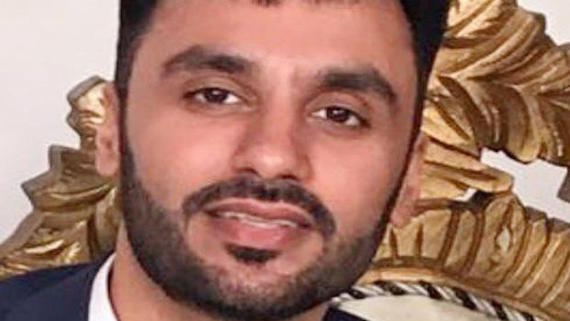 “We are gravely concerned at what appears to be a pattern of British nationals travelling abroad being targeted unfairly”, she added.

She said that Jagtar Singh Johal was arrested in Punjab, since then a catalogue of failures by the local and authorities have given the APPGBS and Jagtar’s family grave cause for concern.  “Especially given the role of the Chief Minister, who, in recent days used the word “interrogation” in a press conference. The cause for concern for Jagtar’s welfare is exacerbated as Consular Services in Punjab have yet to the given the opportunity to see Jagtar in person” she said in letter written on Monday (Nov. 13).

In her letter British MP said that given the fact that both the United Kingdom and India has an intelligence sharing partnership in place, the Indian government should have shared the information or evidence about allegations being levelled against Jagtar Singh Johal.

While concluding her letter Preet Kaur Gill urged British Foreign Secretary to the matter with the utmost urgency and ensure that Jagtar’s rights as a British citizen are preserved.

Member Parliament of Labor Party for Slough Tanmanjeet Singh Dhesi while appealing from his twitter account for ‘just treatment’ for ‘Jaggi’ said “With regards to the Jagtar Singh Johal (Scotland) arrest in India, I have already contacted @foreignoffice, @HCI_London and other members of APPGBS, Hoping that as a response, he will be justly treated.

Meanwhile, during the production of Jagtar Singh Johal in the court of Pushpinder Singh Sub Divisional Judicial Magistrate, Baghapurana today his defence council Advo Jaspal Singh Manjhpur told the court that his client has been physically tortured by the police in its custody. He also moved an application in the court to get Jagtar Singh Johal medically examined by a board of at least 3 doctors and medical experts.

“Jaggi told me that he was tortured physically and mentally as his legs were forcibly stretched beyond limits and he was given electric shorts on nipples, ears and private organ”, Advo. Jaspal Singh Manjhpur said in a written communication with Sikh Siyasat News (SSN).