Geneva: A new law in India which expedites citizenship for certain religious minorities has been criticized by the UN human rights office for being “fundamentally discriminatory in nature”, UN Human Rights office said on Friday (Dec. 13).

The amendment to the Citizenship Act gives priority to Hindus, Hindus, Sikhs, Buddhists, Jains, Parsis and Christians resident in India before 2014, but excludes Muslims, including minority sects.

“Although India’s broader naturalization laws remain in place, these amendments will have a discriminatory effect on people’s access to nationality”, Jeremy Laurence, a spokesperson with the Office of the UN High Commissioner for Human Rights (OHCHR) said.

India’s Parliament passed the controversial law on Wednesday, which has sparked protests and clashes in several locations.

Speaking to journalists in Geneva, Mr. Laurence said it appears to undermine India’s commitment to equality before the law, as enshrined in its Constitution. 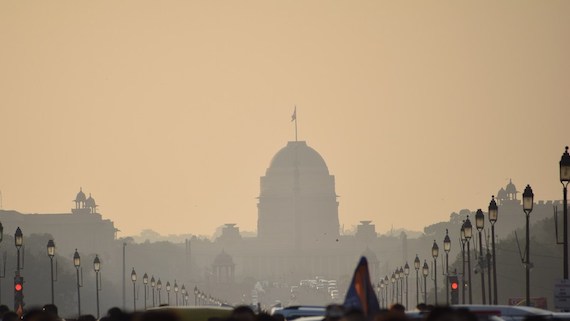 He added that last December, India joined the international community in endorsing the Global Compact for Safe, Regular and Orderly Migration, which commits countries to ensure that all measures governing migration are based in human rights.

#India: We are concerned that the new #CitizenshipAmendmentAct is fundamentally discriminatory in nature. Goal of protecting persecuted groups is welcomed, but new law does not extend protection to Muslims, incl. minority sects: https://t.co/ziCNTWvxc2#FightRacism #CABProtests pic.twitter.com/apWbEqpDOZ

“All migrants, regardless of their migration status, are entitled to respect, protection and fulfilment of their human rights,” he said.

Furthermore, while protecting persecuted groups is welcome, the UN human rights office said this should happen through a “robust” asylum system based on equality and non-discrimination, and which applies to all people regardless of race, religion, national origin or other status.

“We understand the new law will be reviewed by the Supreme Court of India and hope it will consider carefully the compatibility of the law with India’s international human rights obligations”, said Mr. Laurence.

Meanwhile, international media outlets are reporting that two people were killed and many others injured, in demonstrations held in northern India on Thursday to protest the new measure.

OHCHR has urged the authorities to respect the right to peaceful assembly, while all sides should refrain from resorting to violence.