Bhopal: As per the media reports the union minister for social justice Thawar Chand Gehlot while making a strong statement against castiesm here on last Saturday said that “You get a well dug by us, but stop us from drinking its water… We make idols… but the doors of temples are closed to us.” 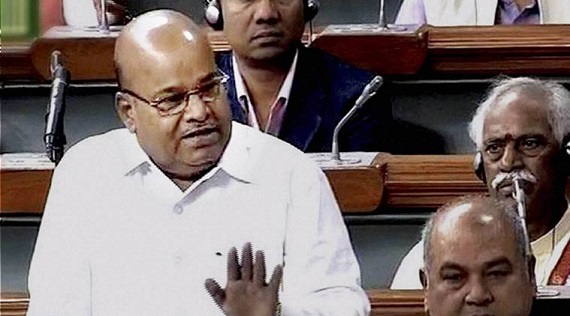 “(You get a well dug by us, but when it becomes yours, you stop us from drinking its water. When a pond has to be made, we are made to labour. At that time, we spit in it, sweat in it, and even urinate in it. But when we get a chance to drink water from it, you say that the water will become impure. You install idols in temples amid chanting of mantras, then the doors are closed to us. Who will set things right? We made the idol, although you may have paid us for our labour, but at least let us have a darshan, and touch it).”

Furthermore, in his statement to The India Express he stated that he made those remarks to convey the sense of discrimination Dr Ambedkar must have felt during his time. However, he admitted that he was also reflecting on the current situation. While there may be an improvement in the situation, some incidents are reported even today, he maintains.

“I am a minister, I keep getting such reports. It (discrimination) may have come down, but it still exists in society,’’ reads a quote from his address at the conference held in the memory of Dr B R Ambedkar marking is upcoming birth anniversary.