New York: United Nations Under Secretary General (USG) Adama Dieng who is also the UN Special Adviser on the Prevention of Genocide has expressed his concerns over discrimination against minorities in India since the adoption of the Citizenship Amendment Act (CAA).

In a press note (copy available with Sikh Siyasat News) Mr Dieng has stated that, “While the objective of the act, to provide protection to minority communities is commendable, it is concerning that this protection is not extended to all groups, including Muslims. This is contrary to India’s obligations under international human rights law, in particular on non-discrimination.”

USG Dieng also expressed concern over reports over Anti-Muslim violence in India prior to the COVID-19 pandemic which resulted in the injury and death of civilians, attacks on religious sites, as well as an increase in expressions of hate against India’s Muslim community. He stated that “statements such as those expressed by Member of Parliament Subramanian Swamy, that all people are not equal, and that Muslims are not in an ‘equal category’ as others are extremely alarming. Hate speech and the dehumanization of others goes against international human rights norms and values.” 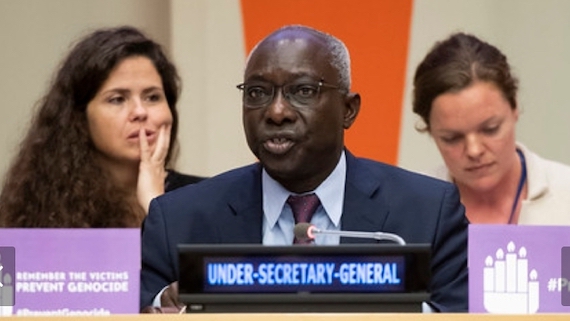 USG encouraged the Government of India to continue to follow international standards related to non-discrimination and to address and counter the rise of hate speech through messages of inclusion, respect for diversity and unity. He reiterated that he would continue to follow developments and expressed his readiness to support initiatives to counter and address hate speech. He noted “In these extraordinary times brought about by the COVID-19 crisis it is more important than ever that we stand united as one humanity, demonstrating unity and solidarity rather than division and hate.”

Dr Iqtidar Cheema, Member UN Global Steering Committee of OSAPG welcomed the statement by USG has stated that it is a very timely intervention by a UN high official.

He stated that the government of India ruled by the Biparvadi Bharatiya Janata Party (BJP) has passed a controversial Citizenship Amendment Act. The hastily passed controversial law violates Articles 14 and 15 of the Indian constitution as Article 14 guarantees equal protection for all, and Article 15 prevents discrimination based on religion. 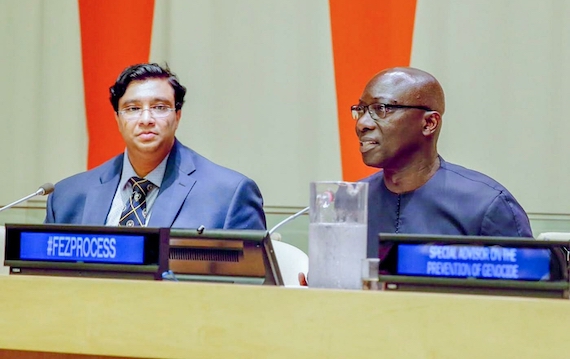 He added that National Register of Citizens (NRC) could result in the wide-scale disenfranchisement of Indian Muslims. This would leave them vulnerable to prolonged detention, deportation, and violence. India has also been constructing large-scale detention centres in the north-eastern state of Assam. The threat of large-scale detention and deportation could easily turn into a humanitarian crisis. The renunciation or cancelation of citizenship can be an early warning sign of conceivable imminent atrocity crimes, including genocide.