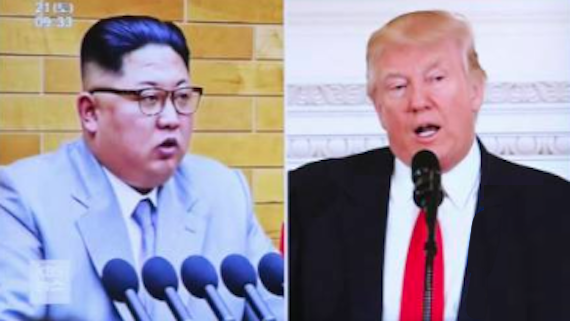 “Sadly, based on the tremendous anger and open hostility displayed in your most recent statement, I feel it is inappropriate, at this time, to have this long-planned meeting,” Trump wrote to Kim in a letter released by the White House. 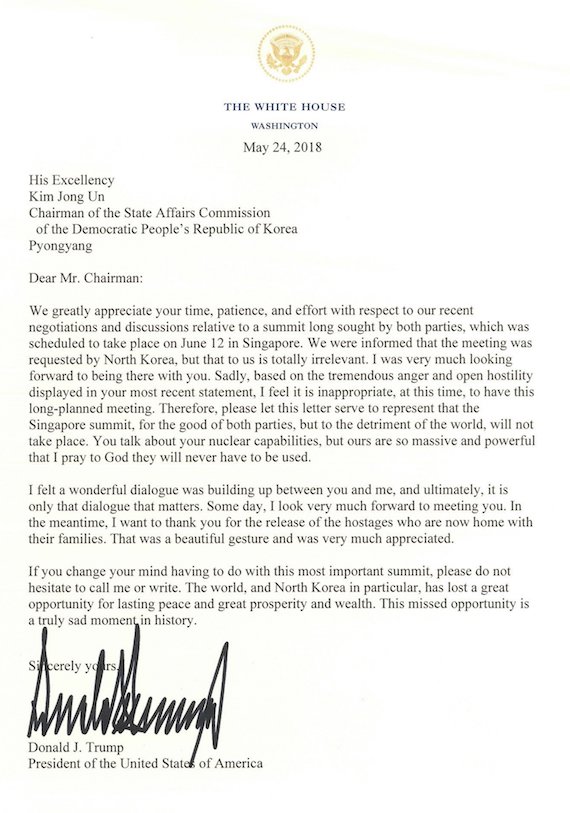 The stunning reversal came after the president suggested earlier this week that plans for the meeting might be delayed amid renewed tension with the North Korean government, which last week criticized the U.S. for engaging in joint military exercises with South Korea and appeared to back away from their pledge to discuss denuclearization, notes Politico.