Chandigarh: As per media reports Panjab University students protesting against the recent fee hike were charged with sedition and other criminal offences after a clash took place at the campus between the police and students on Tuesday. Notably, pro-Hindutva students outfit ABVP is not participating in this protest.

Student groups held a massive protest during the PU Bandh today. The situation turned out of control when the police tried to suppress the protest with the use of force, water cannons and teargas. In response to the police action, students resorted to stone-pelting.

According to The Tribune (TT) the clash left over 60 students, cops and journalists injured — at least four of them critical. 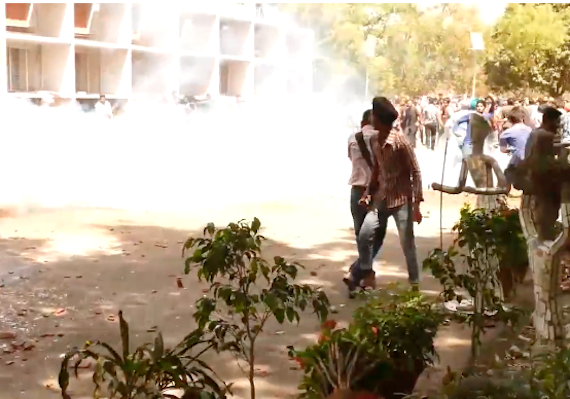 At least 22 policemen, an equal number of students and five media-persons were reported to have sustained injuries and had to be rushed to hospitals.

However, several injured students took self-medication, went to private clinics or were discharged after first-aid. Fifty-two students were taken in police custody, out of 66 named in the FIR.

The fee hike, set to come into effect from the 2017-18 academic session, is said to be necessitated in the wake of a financial crisis being faced by Panjab University, which has led to up to 1,100 per cent increase in fee of some courses. 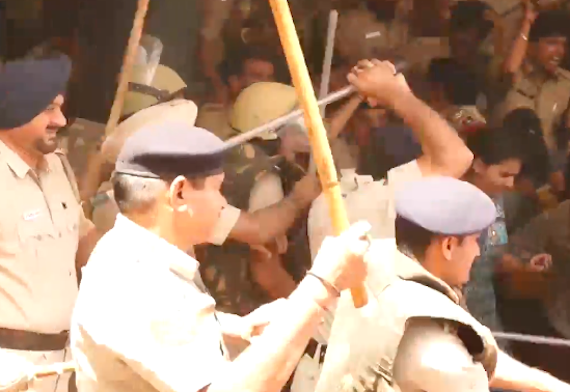 The Union Ministry for Human Resource Development (MHRD) and the University Grants Commission (UGC) had been pressing Panjab University authorities to increase income from internal resources in order to raise funds.

Around 500 police personnel, including DSPs and SHOs, were deployed on the campus.
The SSP confirmed that 22 police personnel received minor injuries in the violence and were given treatment at hospital. “A total of 52 of 66 students named in the FIR have been arrested,” he added.

A case under Sections 124-A (sedition), 147 (rioting), 148 (rioting, armed with deadly weapon), 149 (every member of unlawful assembly guilty of offence committed in prosecution of common object), 186 (obstructing public servant in discharge of public functions), 332 (voluntarily causing hurt to deter public servant from his duty), 353 (assault or criminal force to deter public servant from discharge of his duty), 308 (attempt to commit culpable homicide) of Indian Penal Code (IPC) and Section 3 of Prevention of Damage to Public Property Act, has been registered against the accused at Sector 11 police station.