New Delhi: As per media reports a head constable and a civilian were killed and several paramilitary and Delhi Police personnel, including a DCP, injured as violence spiralled over the amended citizenship law again in northeast Delhi, turning it into a battlefield on Monday (February 24) with frenzied protesters torching houses, shops, vehicles and a petrol pump, and hurling stones. 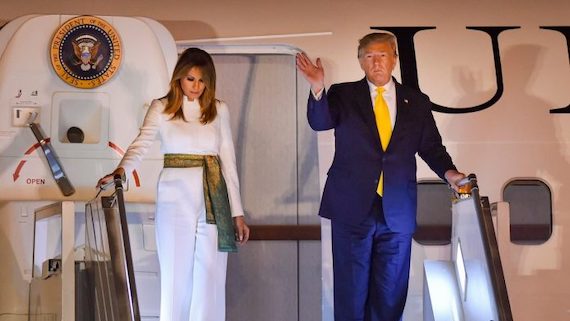 This is the second day of clashes in the city where US President Donald Trump arrived on Monday evening on the main leg of his visit.

Media reports say that clashes broke out between pro and anti-CAA groups at Jaffrabad, Maujpur, Chandbagh, Khureji Khas and Bhajanpura. Security personnel conducted flag marches and prohibitory orders were clamped to bring the situation under control.

A COP AND A CIVILIAN LOST LIFE:

Ratan Lal (42), a head constable attached to the office of the ACP Gokalpuri, died after he sustained an injury during stone pelting at Gokalpuri.

A civilian injured in the clashes succumbed at the Guru Tegh Bahadur Hospital, official sources said. 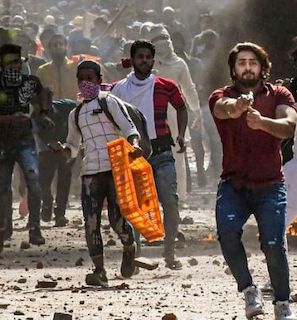 A person pointing a pistol during violence in Delhi | February 24, 2020

As per media reports government sources said the violence in the national capital appears to have been “orchestrated” by some for publicity as it comes at a time when Trump is visiting the country. PRO-CAA

A number of media sections have reported that pro-CAA elements attacked those opposing continuous CAA and NRC moves by the Modi Government. The attackers beat up those opposing the CAA and NRC and vandalised anti-CAA demonstration venues.

A video of a person, believed to be a CAA supporter firing shots in the presence of a Delhi police personnel went viral over social media yesterday. 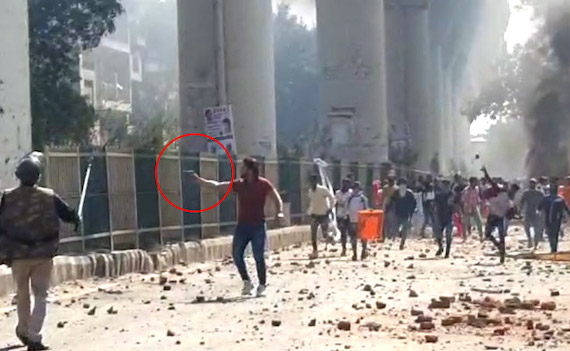 Union Home Secretary Ajay Bhalla told reporters the situation in the national capital was fully under control and sufficient forces were deployed on the ground. 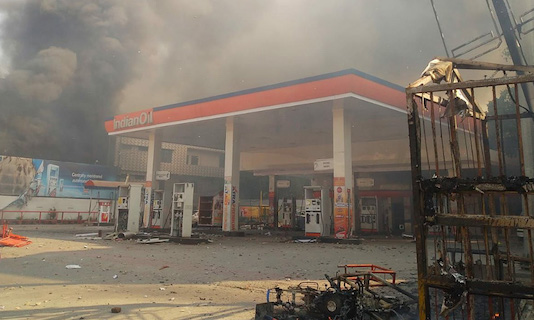 A petrol pump was also set ablaze during violence in Delhi on February 24, 2020

Apart from the police deployment, the government stationed eight CRPF companies, including two Rapid Action Force companies and one company of women security personnel, with an eye on the tense situation.

Delhi’s Deputy Chief Minister Manish Sisodia said that all private and government schools in Northeast Delhi district will remain closed on Tuesday in the wake of the violence.