Wall of Truth – the 1984 Sikh Genocide memorial to be inaugurated on Jan. 15: DSGMC

Chandigarh: The Delhi Sikh Gurdwara Management Committee (DSGMC) has started Akhand Paath Sahib of Guru Granth Sahib at the 1984 Sikh Genocide memorial, called: The Wall of Truth. According to the DSGMC the memorial will be inaugurated on January 15 by Punjab Chief Minister Parkash Singh Badal and Deputy Chief Minister Sukhbir Badal. 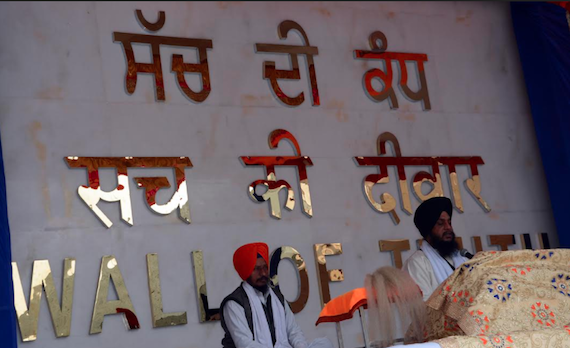 A press release by the DSGMC states that the Akhand Paath Sahib began on Friday (Jan. 06). DSGMC president Manjit Singh (GK), general secretary and adviser to the Punjab Deputy Chief Minister, Manjinder Singh Sirsa, former vice-president Tanvant Singh, member Kulmohan Singh and  few others were their to mark their presence. 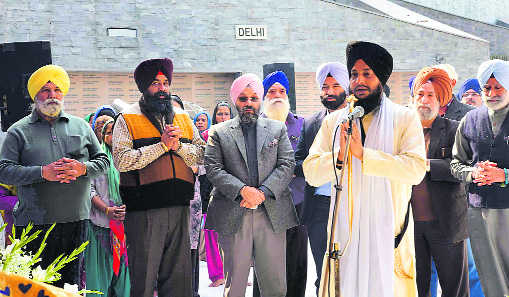 President of DSGMC Manjit Singh with devotees participate in ‘ardaas’ at the 1984 ‘Sikh Genocide’ memorial in New Delhi on Friday. [File Photo]

“The memorial is almost complete. Finishing touches are being given to the open air theater,” says an official of the DSGMC.

Speaking on the occasion, Manjit Singh and Sirsa said the memorial had been constructed in three and a half years of time, as the DSGMC was not allotted land anywhere in Delhi by the government. Finally, it has been constructed on the premises of Gurdwara Rakab Ganj Sahib with the consent of all Singh Sabhas, religious and other institutions, said the media reports.

The memorial narrates the horrors of November 1984 killings, in which thousands of Sikhs were massacred.