Was a dossier on Sikhs handed over by Modi during UK visit in November 2015?

London: The Sikh Council UK has today issued a Press Release indicating no dossier was handed over to the British authorities when Narendra Modi visited the UK in November 2015.

The Sikh Council UK has pointed to a letter from Baroness Williams, Parliamentary Under Secretary of State at the Department of Communities and Local Government in which we have been told she has stated, “I can categorically state that no information was given to the Prime Minister or any other member of government, before, during or after Prime Minister Modi’s visit, pertaining to such an issue.”

However, Sikh Federation UK, another UK based Sikh body, has expressed doubts about nonexistence of such a dossier. Sikh Federation UK says that UK govt’s letter is carefully drafted by civil servants and it does not rule out that information or a dossier was not given to UK officials who would receive such information as opposed to Ministers. 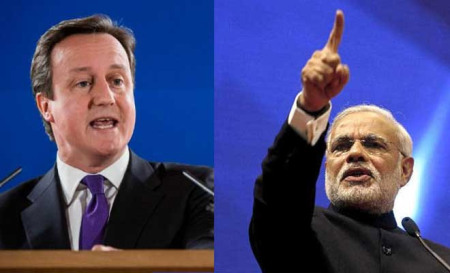 “The Sikh Federation (UK) has today therefore written to the Prime Minister, Foreign Secretary and Baroness Williams to clarify whether information or a dossier was given by the Indian authorities to UK officials as opposed to the “Prime Minister or any other member of government” when Modi visited”, reads the statement.

Despite the assertion by Baroness Williams the evidence available suggests information or a dossier would almost certainly have been provided on 12 November to British officials, maintains the Sikh Federation UK.

Sikh Federation UK further states that [t]he UK and India on that day agreed a Defence and International Security Partnership and resolved to work together to counter violent extremism, terror and violent conflict. It is almost inconceivable that the Indian authorities would have missed such an opportunity to undermine the vocal Sikh community in Britain.

“The UK-India Joint Working Group to Counter Terrorism has been regularly meeting for the last eight years and earlier in 2015 it was reported Indian officials again raised the issue of Sikh radicalisation at a meeting in London. The Sikh organisations and individual activists that have been subject to investigation and greater scrutiny in the last 12 months will know there is real substance behind some of these Indian media reports that are deliberately used to leak agendas. Having said that Indian media reports need to be taken with a pinch of salt regarding their accuracy, including those that claim the audience of Sikhs with Modi in London on 12 November is the main reason why Sikh political prisoners are now being released having served lengthy prison terms”, reads the statement by Sikh Federation UK.

“If anyone needed convincing about the likely existence of the dossier and India’s intentions they need not look further than the recent experience of Paramjeet Singh Pamma. He had previously visited Portugal without any difficulty despite the existence of an Interpol Red Notice that was issued in 2012. His name was specifically mentioned by the Indian media in the context of the dossier on 12 November. A week later Modi met with the Interpol Secretary General Jürgen Stock in Delhi and it was reported Indian investigative agencies requested assistance with extraditions. It was therefore more than a coincidence that he was arrested weeks later in Portugal while on a family holiday”.

The statement further states that [t]he existence or otherwise of the dossier is a critical matter for Sikhs in the Diaspora. The ultimate owner and author of the Modi dossier is Ajit Doval, the National Security Adviser. Any UK Gurdwaras, Sikh organisations, Sikh TV channels and Sikh activists that may have been named in the dossier must decide if it wise to assume Sikhs from the UK that met and ‘negotiated’ with him on the quiet in Delhi prior to the 12 November Modi audience and more recently are the most reliable sources to suggest Sikhs have nothing to worry about following the letter from Baroness Williams. Following India’s failure to extradite Parmajeet Singh Pamma following an aggressive political and legal campaign by Sikhs the Indian authorities will be licking their wounds and Sikhs would be wise to be cautious and assume information or a dossier was provided.

“Fabian Hamilton MP, the Shadow Foreign Minister responsible for relations with India has agreed to follow up the existence of the dossier. The dossier has also been discussed with Rt. Hon. Andy Burnham, the Shadow Home Secretary and the Sikh Federation (UK) has another meeting with him tomorrow. The dossier was also raised by British politicians at the ‘Campaigning for Justice’ hearing in the UK Parliament earlier this month. It is also highly probable that the existence of the dossier will come up in the 90 minute debate in the House of Commons on the lifting of the ban on the International Sikh Youth Federation that is likely to take place next month”, states Sikh Federation UK.