Weeks After Giani Gurmukh Singh’s Reinstatement, His Brother-cum-PA Back Tracks from Statement Before Ranjit Singh Commission

Chandigarh: Giani Gurmukh Singh’s brother and his former personal assistant (PA) Himmat Singh has reportedly back tracked from his statement before Justice Ranjit Singh Commission. An English vernacular (The Tribune) has uploaded a short video clip on YouTube in which shows Himmat Singh alleging that he was pressurised by minister Sukhjinder Singh Randhawa and Justice (Retd.) Ranjit Singh to sign some documents. He expressed ignorance about his statement referred to in the report of Justice Ranjit Singh Comission. The Punjab government has announced to table this report in the state assembly during monsoon session which falls from August 24 to 28.

Few days back the first part of report of Justice Ranjit Singh Commission was leaked. The report was uploaded on ISSUU.COM by Hindustan Times (HT). The HT corrospondent who first reported the leak was carrying stories highlighting the police pleas for the defense of police personnel accused of opening unprovoked fire on Sikh sangat at Behbal Kalan on October 14, 2015. Notably, Justice Ranjit Singh has recommended action against those cops.

Like the ‘leak’ episode, Himmat Singh’s back tracking also seems to be an attempt to put the credibility of report of Justice Ranjit Singh under question. 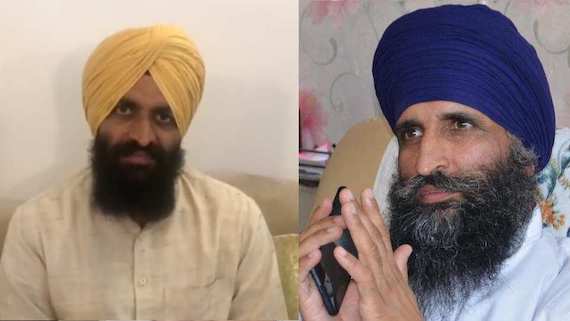 But the facts stated to be said in Himmat Singh’s statement are also narranted by Giani Gurmukh Singh himself in detain on camera.

It may be recalled here that Giani Gurmukh Singh was appointed as Jathedar of Takht Damdama Sahib in January 2015. In September 2015 Dera Sauda Sirsa chief was granted pardon by Giani Gurbachan Singh and others, including Giani Mall Singh and Giani Gurmukh Singh. The decision was rejected by the global Sikh sangat and it was later withdrawn by Giani Gurbachan Singh in wake of strong opposition from the Sikhs.

It is notable that in October 2017 Himmat Singh had himself stated before the media that Parkash Singh Badal and Sukhbir Singh Badal had pressurised ‘Jathedars’ to grant pardon to Dera Sauda Sirsa chief. He also disclosed the ‘Chandigarh meeting’ in his statement before the media and said that he was being pressurised by the SGPC officials to speak against Giani Gurmukh Singh’s disclosures about role of Parkash Singh Badal and Sukhbir Singh Badal. He was maintained that he had resigned from his job due to that pressure.

Interestingly, earlier this month (on August 3) Giani Gurmukh Singh was suddenly reinstated as “head granthi” of Akal Takht Sahib. His reinstatement was preceded by announced from Capt. Amarinder Singh on July 30 to table Justice Ranjit Singh Commission’s report in the state assembly during monsoon session. Media reports had expressed surprise over Giani Gurmukh Singh’s sudden reinstatement but now it comes clear that his reinstatement was not random, rather it was a well calculated step by SGPC, which is under direct control of Shiromani Akali Dal (Badal) headed by Sukhbir Singh Badal.