Chandigarh: Areas falling under four constituencies of Delhi state assembly saw massive protests against contentious Citizenship Amendment Act (CAA) and controversial proposed National Register of Citizens (NRC). All these four seats have sided with the Aam Aadmi Party (AAP). AAP had fielded Muslim candidates from these areas that host considerable Muslim population and all of them are going to secure these seats for AAP, as their were leading with a massive margin at the time of writing this news. 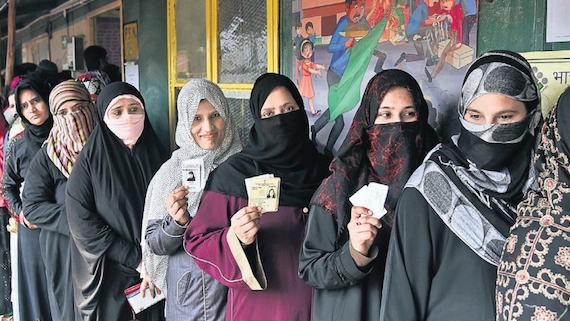 Okhla: As of 3 pm, in Okhla, which houses Shaheen Bagh, the epicentre of the protests against the Citizenship Act, AAP sitting MLA Amanatullah Khan is leading by a margin of over 57,000 votes. BJP’s Braham Singh is a distant second with 7,312 votes in his favour.

Seelampur:  Another seat with a sizable Muslim population that saw violence during anti-CAA protests on December 17 last year, AAP’s Abdul Rehman won in Seelampur by a margin of over 36,920 votes ahead of BJP’s Kaushal Kumar Mishra. Seelampur recorded 71.22 per cent voting on polling day (Feb. 8).

Matia Mahal: In Matia Mahal, which also saw violence and arson, AAP’s Shoiab Iqbal is ahead by a gap of over 50,000 votes. In the last assembly elections, the seat was won by Asim Ahmed Khan of the AAP by a margin of 26,096 votes.

Mustafabad: In Mustafabad, AAP’s Haji Yunus was ahead of BJP’s Jagdish Pradhan by a margin of over 20,000 votes from Mustafabad, which is a minority-dominated constituency. Congress’s Ali Mehdi polled only 4,742 votes. Situated in northeast Delhi, Mustafabad recorded 70.55 per cent turnout. Mustafabad is one of the three seats won by the BJP in 2015.