Melbourne, Australia: Sikh in Australia are going to organise an event called “World Sikh Conference” from March 10 to 13 in Melbourne. The conference is being organised with the help of global Sikh community, maintains the Sikh Council of Australia, main organiser of the event.

“On the auspicious occasion of Sikh new year, Melbourne will be hosting World Sikh Conference attended by famous Sikh scholars, historians, renewed activists and law specialists including week known planners and educationists” reads a release by the SCA.

“Unique personalities specialising in different fields from around the globe will be sharing their ideas, views and thoughts by participating in the workshops and group discussions” it reads further. 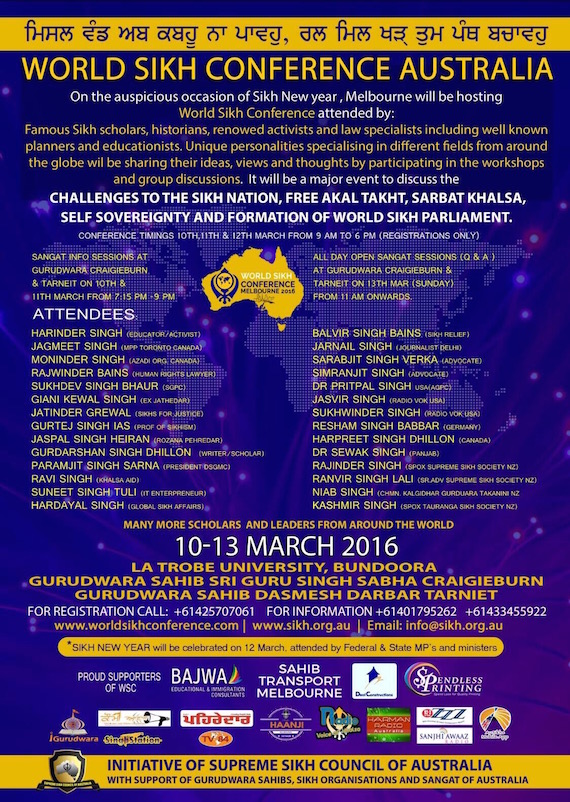 According to the organisers: “[i]t will be a major event to discuss the challenges to the Sikh nation, Free Akal Takht, Sarbat Khalsa, Self Sovereignty and formation of World Sikh Parliament”.