Amritsar: The Shiromani Gurdwara Prabhandak Committee (SGPC) has called upon the Sikh sangat, willing to visit Nankana Sahib (Pakistan) on Parkash Gurpurb of Guru Nanak Ji, to submit their passports at Amritsar based SGPC office before 8 August. 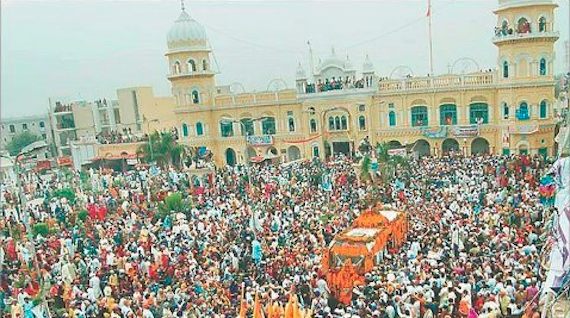 A view of Nagar Kirtan at Nankana Sahib [File Photo]

The SGPC has said that Sikh yatris should submit their passports along with copies of some other identity proof and recommendation letter from local SGPC member/s.