Lucknow: The old saying ‘history repeat itself’ can be perfectly used for current scenario in the Uttar Pradesh politics. As Yogi Adiyanath lead BJP government of UP is all set to imitate the process to withdraw 131 cases related to  anti-Muslim violence of Muzaffarnagar & Shamli that took place in August 2013, these include 13 of murder and 11 of attempt to murder. 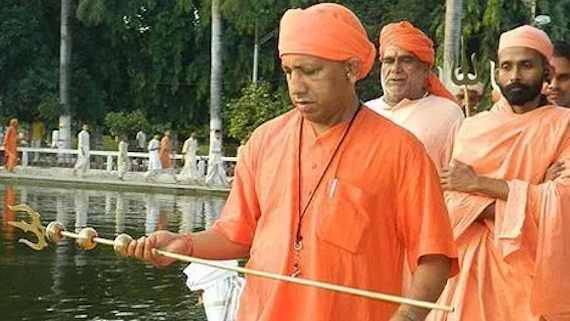 On the same page after the anti-Muslim massacre of 2002 the Gujarat government lead by ‘pro-hindutva’ Bhartiya Janata Party (BJP) had gradually withdrawn cases against their local party workers and leaders. Babu Bajrangi and Maya Kodnani are among those ‘pro-hindutva’ leaders whose name surfaced in anti-Muslim violence cases but the said leaders were gradually immune against any judicial prosecution by the then Gujarat government lead by Narendra Modi.

These cases include charges under IPC sections related to “heinous” crimes with a minimum punishment of seven years in jail. Besides, there are 16 cases under section 153 A on charges of promoting enmity on religious grounds, and two under section 295 A for deliberate and malicious acts intended to insult a religion or religious beliefs, media reports said.

It is said that atleast  62 persons died and thousands lost their homes in the violence that took place in September 2013. Following the violence, a total of 503 cases were registered against around 1,455 persons at police stations in Muzaffarnagar and Shamli by the then Samajwadi Party government.

Last month it was after the BJP’s Member Parliament Sanjiv Balyan along with a delegation of Khap panchayat leaders meet Yogi Adityanath, asking him to withdraw cases registered against the Hindus. They reportedly presented a list of 172 cases in this regard. After this  the decision to start the process on the withdrawal was taken.

“In the list presented to the Chief Minister, all the accused were Hindus,” said Sanjiv Balyan while interacting with the media persons. 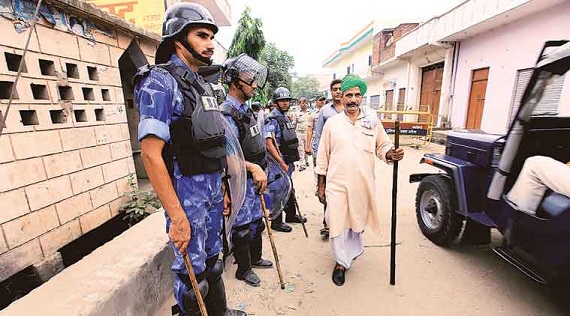 Over 500 cases lodged over riots in Muzaffarnagar, Shamli.

On February 23, UP’s Law Department sent letters signed by Special Secretary, Rajesh Singh, to the district magistrates of Muzaffarnagar and Shamli, seeking details of the 131 cases under 13 points, including current status.

One of the points state: “In connection with the withdrawal of cases, your clear opinion on public interest with reason.”

Along with the reported letters the government also attached eight pages referring to each FIR, including name of the district and police station where it was lodged, the case number and IPC sections listed.

Whilst quoting the official sources, the media reports said that the district magistrates forwarded the said letters to the SP and the prosecuting officer for the required details.

“I have no knowledge about it. The state’s Law Department deals with such matters,” reads the statement of Principal Secretary (Home) Arvind Kumar published in an English daily.

Furthermore, The Law Department’s Special Secretary, Singh, refused to comment on this issue when asked to. However, sources in the department confirmed that the letter had been sent.

“In the meeting with the Chief Minister last month, I requested him to consider the withdrawal of 179 cases in which over 850 Hindus were held accused. All these cases were registered in Muzaffarnagar and Shamli districts. We had been preparing the list for a while now. The cases include those of arson, attempt to murder and damage of properties but not murder,” reads the statement of Sanjay Balyan in the Indian Express (IE).

Subsequently, it was MLA Malik who confirmed that “there are murder cases too on the list”.

“After receiving the list, the Chief Minister had told us that list would be sent to the law department for opinion. I don’t know the present status of the list.”