Chandigarh: Bibi Manjeet Kaur, wife of Sikh leader Bhai Gajinder Singh passed away this morning due to health issues. He breathed last in a hospital in Canada. Bhai Gajinder Singh, a founding member of pro-freedom Sikh group Dal Khalsa, is living in exile. 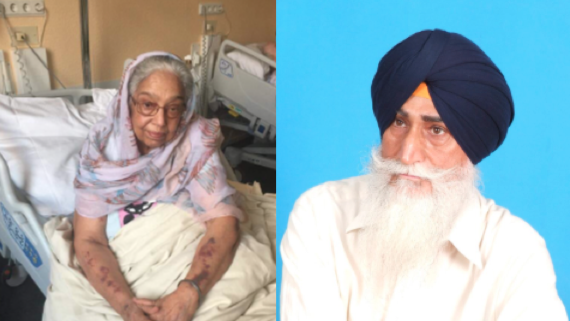 It may be recalled that Bhai Gajinder Singh, along with Tajinder Singh, Satnam Singh Paunta Sahib, Karan Singh and Jasbir Singh had hijacked an Air India flight from New Delhi to Srinagar on Sep 29, 1981 hijacked and made it to land in Pakistan. They had demanded release of Sant Jarnail Singh Bhindrawale, release of Sikh prisoners and justice for Sikh youth killed in police firing on Sep 20 at Mehta Chowk. They were arrested by Pakistan police and were sentenced life terms by a court there.