Gurpreet Singh Guri Hans, a companion of Gurbaksh Singh Khasla said that Sikh Sangat of Punjab and Haryana are extending massive support for the cause of Sikh Political prisoners. 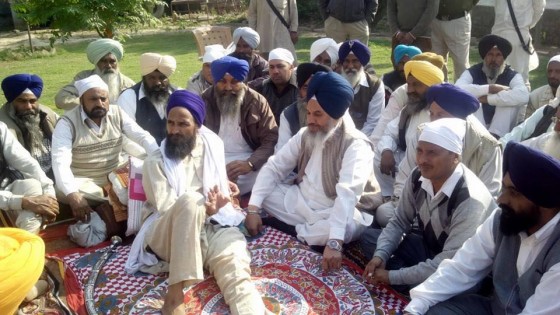 But he had ended it after four of the concerned Sikh prisoners namely Gurmit Singh, Lakhwinder Singh, Shamsher Singh and Lal Singh were released on temporary parole.

Bhai Gurbaksh Singh Khalsa claims that he had ended his hunger strike last year at the directions of Akal Takht Jathedar Giani Gurbachan Singh who had also assured him that he (Jathedar) would secure release of concerned Sikh political prisoners.

While accusing Giani Gurbachan Singh (Jathedar of Akal Takht Sahib) of breaking his promise to secure release of Sikh political prisoners, Gurbaksh Singh Khalsa alleged that he was not provided space by SGPC or any other institute in Punjab to begin his hunger strike.