“First the handing over high security jails to central forces and now this invitation for central intervention in Ravi Beas waters point to Chief Minister surrendering Punjab interests to the Centre” he said and added,” It seems that the Chief Minister has forsaken the Federalist demand of Punjab’s Riparian rights over its own waters and is walking down the path of former Chief Minister Surjit Singh Barnala that leads to suppression of the voice of the people.” 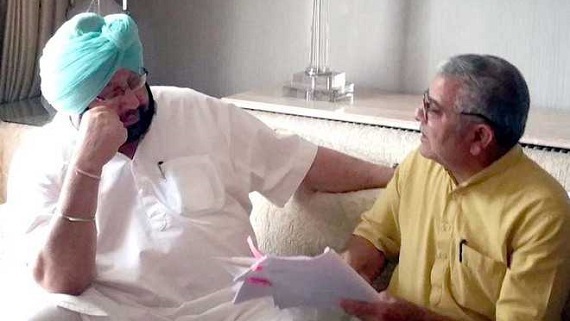 Dr Dharamvira asserted that only Punjab has rights over its river waters as per the constitution and Punjab is capable of utilizing its waters for its own people and their prosperity and interference of any kind by any other state shall not be tolerated. The handing over of high security jails to the centre coupled with the historical monuments like Jallianwala Bagh and others, the Captain government now appears to be doing away with the meagre left over autonomy of Punjab, and treading on a path of centralization.

Dr Dharamvira demanded the Captain Amrinder Singh should place before the people of Punjab the negotiations being conducted on river waters and kind of concessions being given to centre or other states.

Dr Gandhi asserted that the path to prosperity in Punjab can be only through Federal India and Democratic Punjab and all Punjabis should work for it rising above religion, caste and gender.