New Delhi: The death of BH Loya — the judge who was hearing the Sohrabuddin fake encounter case – in December 2014, is being “politicised”, his family has said. At a press conference this evening, his son Anuj Loya said the family has no suspicions now regarding the death, but they are being “harassed” and “victimised”.

“I don’t have any suspicion… There was some suspicion before due to emotional turmoil, but now it is clear. I was 17 at that time and I was in emotional turmoil. Didn’t understand anything at that time,” Anuj Loya told reporters. Mr Loya’s lawyer Ameet Naik, who was accompanying him, added, “There is no conspiracy… we don’t want to be victims of any political issue”. 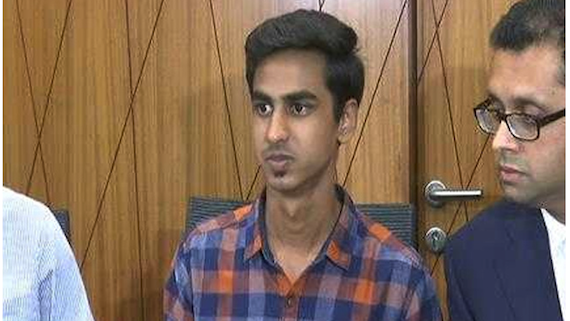 The 48-year-old judge — who was hearing the CBI’s case of murder against BJP chief Amit Shah — had died of a cardiac arrest in Nagpur, where he had gone to attend a wedding, on December 1, 2014. Mr Shah and several top police officers were subsequently cleared by a court. Last year, in an interview to The Caravan news magazine, Anuradha Biyani, judge Loya’s sister, had raised questions about the death, triggering calls from various quarters about an independent inquiry.

The matter had snowballed further when four most senior judges of the Supreme Court took on Chief Justice of India Dipak Misra on Friday, saying cases of “far-reaching consequences” were being allocated without transparency and “sensitive cases were being allotted to junior judges”. Asked by reporters if their complaints include the case of the death of BH Loya, one of the four judges, Justice Ranjan Gogoi said, “Yes”. He, however, had declined to elaborate.