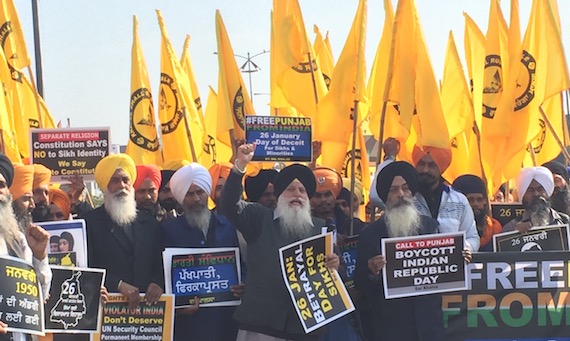 Ludhiana/ Hoshiarpur/ Zira (Press Release): Dal Khalsa and its allies staged street protests in Ludhiana, Hoshiarpur and Zira against denial of right to self determination under present Indian Constitution, on the occasion of India’s Republic day.

Hundreds of activists of Dal Khalsa participated in the marches seeking UN intervention to get the right. Considering that Indian security establishment has killed their brethren extra judicially, under the shadow of the Indian Constitution and Tricolour, Dal Khalsa members marched carrying the Sikh Flag symbolizing Sikh statehood. 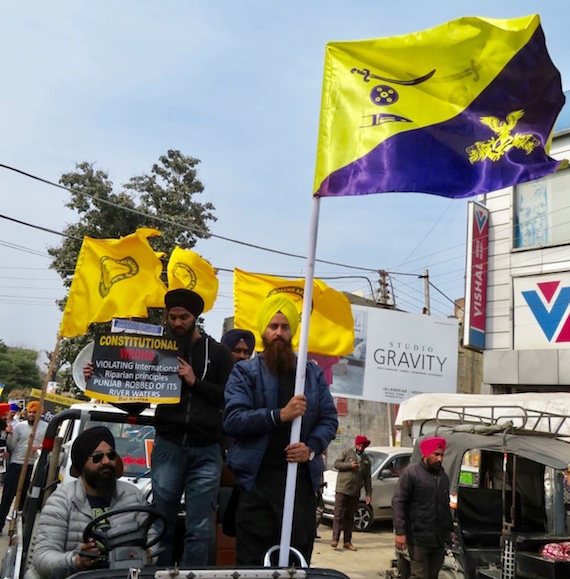 Sikh youth of Punjab leaders also participated in these marches

Observing Jan 26 as a black day, the rebellious demonstrators carried Sikh flags, banners and placards, chanting slogans of ‘Free Punjab from India’ and denouncing the Indian state for crushing the rights of Sikhs, Kashmiris and other oppressed people. They banners also termed Indian democracy fake and bogus. 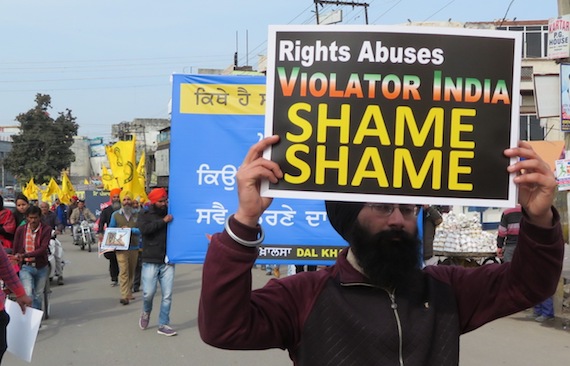 The leaders of the hardliner group urged the five members of the UN Security Council to “pull up” ruthless India for subverting its own constitution to continue to deny democratic rights to its religious and ethnic minorities. 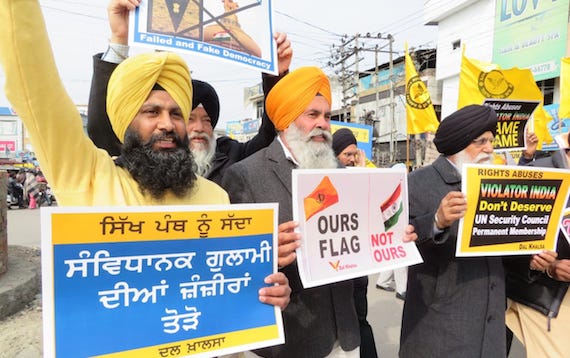 A view of one of the marches held by Dal Khalsa

Addressing the gathering, party head Harpal Singh Cheema in Hoshiarpur said, “It has been 70 long years since the adoption of Constitution, but nothing has changed. He said the Constitution gives rights on one hand and deceitfully takes back with the other. The list of constitutional wrongs and injustices has grown with every passing year, in fact with every passing day. The original promises and commitments including right to self determination and right to secede are long forgotten by the Indian leadership.” 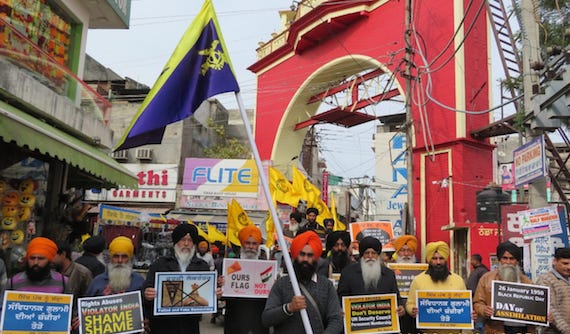 A view of march held in Hoshiarpur

Although the right to self determination has been adopted by the United Nations and carries its sanction, most countries including India subvert this right in the name of territorial integrity and unity of the country and even go to the extent of dubbing the proponents of this right as extremists, said Cheema.

For us, the situation is very difficult given the 1984 Sikh Genocide, but we would like to reiterate that our struggle will continue till we have the opportunity to exercise this democratic right, said another leader H S Dhami. 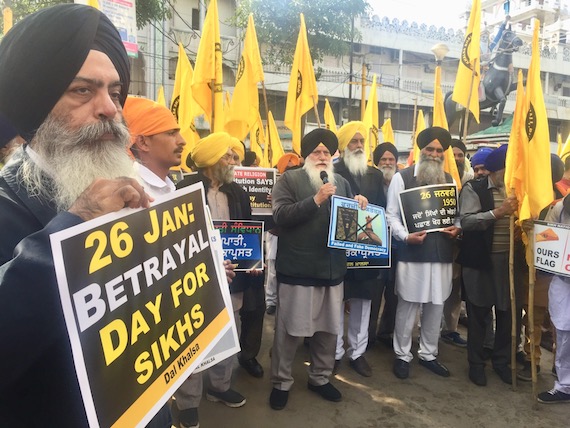 Dal Khalsa leaders holding out a march in Amritsar

SYP head Paramjit Singh Mand said the manner in which impunity has been granted to security forces has led to gross rights abuses.

Dal Khalsa spokesperson Kanwar Pal Singh speaking at Ludhiana said Sikhs and Kashmiris were not alone in this crisis of identity in India. All the minorities, including the Dalits, are also suffering.

He said the international community has been responding only in situations of armed struggle but maintaining a deafening silence about state violence. “International forums unabashedly ignore the democratic and peaceful struggle of the Sikhs and Kashmiris and turn a blind eye to the misery, pain and violation of their human rights,” he said.

At Zira town, the March was led by Baba Hardeep Singh Mehraj. And Lakha Sidhana. They demanded arrest of tainted cops responsibile for Behbal Kalan firing. Stay has been vacated by High Court , now we dare Amarinder Govt to arrest Saini, Sharma and others.