Delhi Polls: 13 Sikh faces engage in high pitched battle; 4 contesting against each other 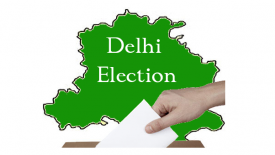 Votes share of Sikhs in Delhi is estimated at 5-7% of the electorate. There are around 18 seats where Sikh voters are considered to hold the key.

It is notable that 9 Sikhs were successful in getting elected to the state assembly in 2013.

Shiromani Akali Dal (Badal) has fielded four Sikh faces, three of whom are contesting on Bharatiya Janta Party (BJP)’s election symbol. BJP has fielded two Sikh faces of its own.