Did Badal Visit The Bus Firm to Collect Profits? [by Brinda Karat] 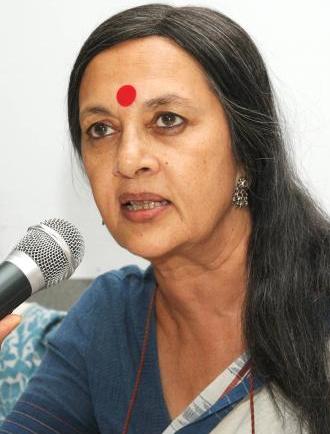 She must have fallen very hard when her tormentors threw her off the bus. She was only 13 years old, a student of Class 9. The men, employees of the transport company encouraged reportedly by a group of young male passengers, made sexist remarks, repeatedly harassing her sexually. She resisted, fought them back. No one came to help her, except her mother. She too was sexually harassed. She pleaded with the driver to let them off the bus but he paid no heed. The daughter was violently pushed off a speeding bus and then they pushed off the mother.

It all happened just a few kilometers away from the town of Moga in Punjab.

This is what the first reports suggest.

The mother lies today in a hospital with critical injuries. The girl’s brother, just a year older, who was with them on the bus, reportedly jumped off. It was he who called for help. The men have been arrested.

A 13-year-old girl dead, a family destroyed, because governments have not learnt any lessons.

The Chief Minister of Punjab owns the bus and the large transport company, Orbit Aviation, which runs a fleet of buses within Punjab and on lucrative routes between Punjab and other states. While regretting the incident, the Chief Minister said “Yes, it is my company but I have never even visited its office.” Presumably he made this statement to rid himself of any responsibility, the sub-text being, if he has not visited the office, how can he be held responsible? Someone needs to ask him, but without visiting the office, do you get the profits from the company? 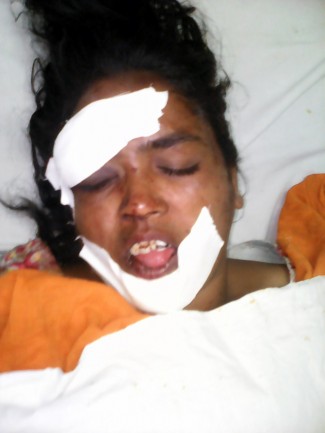 Shinder Kaur, a resident of Landeke village, who was pushed out of Orbit bus in Moga. While Shinder Kaur was seriously injured, her daughter died on spot

The Chief Minister also added for good measure that he “would speak to Sukhbir about it.” Sukhbir is of course his son and also the Deputy Chief Minister of Punjab. Perhaps he used to visit the office.

But whether or not they visited the office, as owners of the company, they had a responsibility of ensuring the safety of passengers. As leaders of the Government, they had an even greater responsibility of ensuring the highest standards in safety and security on the buses they owned. After all, if the buses owned by the Chief Minister’s family do not adhere to such standards, what message does it give to other transport owners? It is another matter if ethically elected leaders running Governments should be in such businesses which are clearly an area of conflict of interest – but that is another discussion.

The Badals knew what was required. They knew of Nirbhaya who was gang-raped, violated, killed in a licensed bus run by a private operator in the Capital of our country. The country rose in protest and outrage. It happened just three years ago. A young woman using public transport paid for it with her life. Questions were raised. If she were from an affluent family with her own car, would she have been safer?

Two years later, the Uber case occurred. A young woman professional returning home late trusted the brand of the company as being safest and cheapest, and was sexually assaulted by the driver of the cab she had hired because the company had not made the required security checks. The father of the survivor has bought her a car because he believes it will help her feel more secure, a gesture of love and deep concern for his beloved daughter.

Does this mean that millions of Indians, the majority of our countrywomen and girl children who do not have the means to afford private vehicles, have to live in a state of constant fear and real insecurity because public transport in this country is unsafe? Does the present state of insecurity have anything to do with the State having backed off from investing in State-run transport and in handing over public transport to private operators? Has it anything to do with the corruption involved in getting licenses to run privately -owned buses, the owners of which, having established crony relations with those in power, run their transport businesses with minimum regulations and even less care to ensure safety and security for their passengers, particularly women?

These are not idle questions but those which were seriously considered by the Justice Verma Commission set up after the Nirbhaya case shook the conscience of India. If Governments were serious about implementing the recommendations of the Commission and if not doing so was considered a punishable offence, then the owners of the Orbit company would be behind bars.

Justice Verma and his equally eminent colleagues, Justice Leila Seth and Gopal Subramanium, closely studied the weaknesses in the public transport system. This section of the report is not as well-known as the aspects concerning the recommendations to strengthen the anti- rape laws, though they have great significance.

The Commission stated “the State transport systems do not appear to have safety measures to protect women.” The Commission strongly recommended strict action against all vehicles which continued to have black tinted windows, which according to the Commission was used “in the propagation of major crimes.” The bus in which Nirbhaya was brutalized had such black tinted windows. The Orbit bus also reportedly had black tinted windows and curtains, although this may not have direct relevance to the actual crime. However, as pointed out by the Verma Commission, this violates the Motor Vehicles Act (1988) and also is in contravention of several High Court judgements. Should not the owners of the Orbit vehicle be prosecuted?

The Commission recommended that “all public transport vehicles which move after 5.30 pm to 7.30 am must have a security person.. male or female constables riding in the bus in order to prevent any possibility of assault on women.. All buses must have CCTV cameras.” It recommended that “all drivers must be security vetted by the police and a character certificate from two known persons in the areas in which the buses operate.. a public emergency system must be established. The Commission was clear that the responsibility for safe transport lay with the owners and stated “State Governments must have a data base of real bus owners (not Benami owners)”. It also said “these directions must be implemented strictly throughout the country.” The Commission stated “such enforcements have become necessary although they may be a drain on the State exchequer.”

Is it because of lack of money that these crucial recommendations have remained on paper, or is this combined with the total absence of political will and political priority to implement recommendations to make public transport safe for women and children?

The Punjab Government and leadership have much to answer for. They cannot be allowed to escape responsibility for this terrible crime. It is also essential for the Central Government to ensure that the Verma Commission recommendations are implemented.

Note 1: Brinda Karat is a Politburo member of the CPI(M) and a former Member of the Rajya Sabha.

Note 2: The opinions expressed within this article are the personal opinions of the author.

Note 3: Above write-up was previously published by NDTV, at source url: http://www.ndtv.com/opinion/did-shri-badal-visit-the-bus-firm-to-collect-profits-759725. It’s reproduced as above for the information of readers/ visitors of the Sikh Siyasat News.