New York: Hollywood actor Ben Kingsley who is playing a soft spoken Sikh taxi driver in his latest movie “Learning to Drive” said that the feeling of the Turban (Sikh Dastar) on head was “really gratifying”. He also told the discrimination and racial abuse used by the Sikh community in the United States is “totally regrettable”.

“To feel the tightness of (the turban) on my head was really gratifying. As Sikhs are warriors, I felt I was putting on my armour, which is a glorious feeling,” Kingsley reportedly told a select group of media persons during an interaction at New York.

As per information Kingsley plays Darwan Singh Tur in the movie, which also throws light on the persecution faced by the Sikh community in India, a reason that forces Tur (Kingsley’s character in the movie) to seek political asylum in the US. 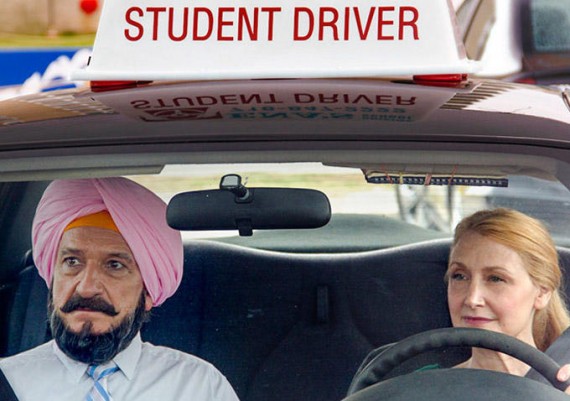 As per media reports the movie also touches upon the issue of discrimination and racial profiling faced by members of the Sikh community in America, particularly after 9/11 attack on World Trade Towers in USA.

“It is totally regrettable,” said Kingsley at the interaction when asked about the discrimination and racial abuse that members of the Sikh community continue to face, particularly in the aftermath of the 9/11 attacks.