Chandigarh: The Government of India (GoI) reportedly maintained today that it has removed names of 312 Sikhs from the so-called blacklist of Sikhs maintained at various levels the Indian state. Indian media reports says that only two persons figure in the list now; the names, however, were not disclosed.

As per reports the decision has been taken after a review carried out by different security agencies on the Central Adverse List or blacklist containing the names of foreign citizens. 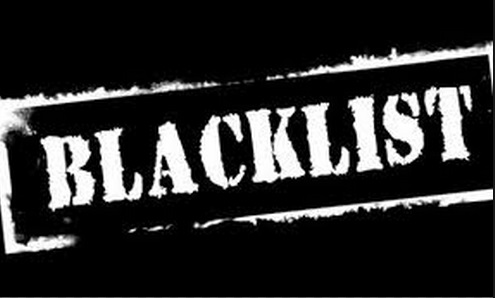 “The government of India has reviewed the Adverse List containing 314 foreign nationals belonging to Sikh community and brought it down to just two,” an official of India’s Ministry of Home Affairs reportedly confirmed.

It is notable that besides the adverse list maintained centrally by the Indian government, various Indian Missions abroad were maintaining local adverse lists. As per media reports, the Home Ministry officials confirmed that the practise of local adverse lists by Indian missions has also been discontinued.

The so-called black list was of Sikhs is a political tool devised by the Indian state to control Sikh diaspora activism.

The list was reportedly prepared in 1980s and it is believed that it includes names of those Sikhs residing abroad who speak-out in favour of the Sikh cause or hold peaceful protests/demonstrations against the Indian government’s repressive policies.

The Indian government never disclosed the exact number of ‘black listed Sikhs’. It is also believed that various agencies or organs of the state have maintained their own black lists. In 2013, a Punjab police official disclosed in the Punjab and Haryana High Court during the hearing of a petition that Sikh names were added to the black list during 1980s to 90s in “wholesale manner”. [READ MORE AT | PUNJAB COP REVEALED THAT ANY SIKH GOING ABROAD IN 1980s WAS BLACK-LISTED AS “TERRORIST” ]

Moreover, the Punjab government, when asked by the then UPA government in 2011 to tender it’s advise on blacklist issue, found that there was massive discrepancies in the list provided by the Centre. Many names were added twice or thrice in the list which also included the names of deceased persons, or those who are already residing in Punjab or elsewhere in the Indian subcontinent. On the other hand, the Sikh Siyasat News (SSN) had identified some names that were not included in the list but they were denied entry to India by Indian authorities [READ MORE AT | NOT EVEN BLACKLISTED, CANADIAN SIKH NOT PERMITTED TO ATTEND FATHER’S FUNERAL ].

KNOW MORE ABOUT THIS ISSUE: