Commenting on rejection of bail plea, Advocate Jaspal Singh Manjhpur maintained that the bail application was rejected as a result of “devil nexus” (naapak gathjod) between the executive and judiciary. 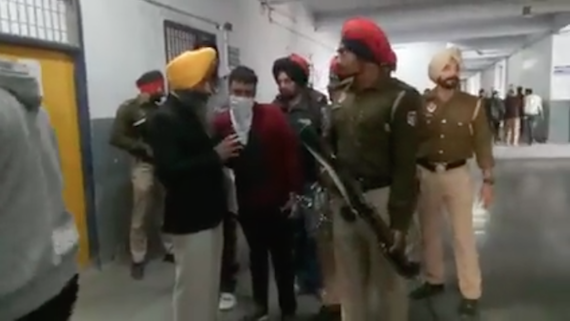 In February 2016 Shiv Sena leader Amit Arora had alleged that he was attacked by two unknown persons. The Punjab police had registered a case on his complaint. But after investigation the police maintained that the attack was orchestrated by Amit Arora himself to secure police protection. Amit Arora was even arrested by police in June 2016 in this case. After arrest of Jagtar Singh Jaggi and others in November 2017 the police, however, changed its stance and maintained that the attack on Amit Arora was real. The case was later transferred to the National Investigation Agency (NIA).