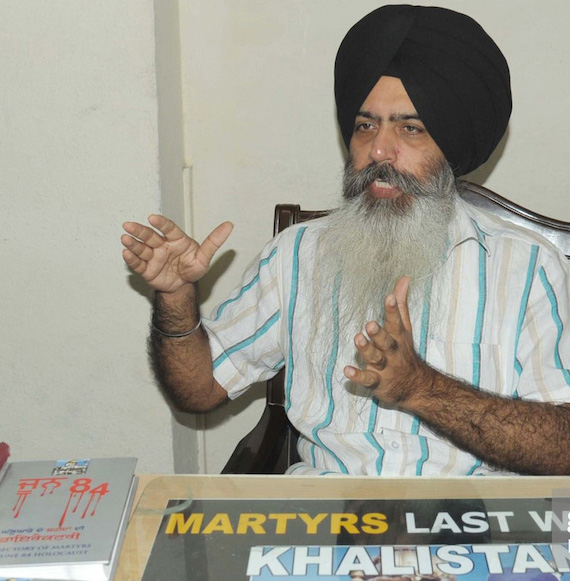 There is nothing new in the allegations. It is an oft-repeated one. The timing though is significant, as it coincides with the dream project of the historic Kartarpur Sahib corridor being built on both sides of the Radcliffe Line, on a war-footing, to be ready for the commemoration of the 550th birth anniversary of the founder of Sikh faith -Guru Nanak.

Former Indian Prime Minister Rajiv Gandhi was first to take this route of subverting the genesis of Sikh yearnings in the mid eighties of the last century. He handed over a list of Sikh militants to then Pakistani premier Benazir Bhutto with similar allegations. After the attack on the Indian Parliament, the BJP government of Atal Bihari Vajpayee gave a list of 20 most-wanted persons to the then Pakistan President General Parvez Musharraf in Jan 2002. Five of the twenty were Sikhs. Subsequently, Indian government under Prime Minister Dr Manmohan Singh revised the list and gave the list of 50 names to the then government of Pakistan in March 2011. The Narendra Modi dispensation has followed the same path. Adding a new dimension, this time Sikhs of Pakistani origin are included in the list of names who seem inimical to India. They are in addition to targets from Punjab and the Diaspora.

The practice of handing over dossiers, lists and memos is going on since 1985-86. One could easily surmise the fate of the latest dossier from the outcome of the earlier ones. 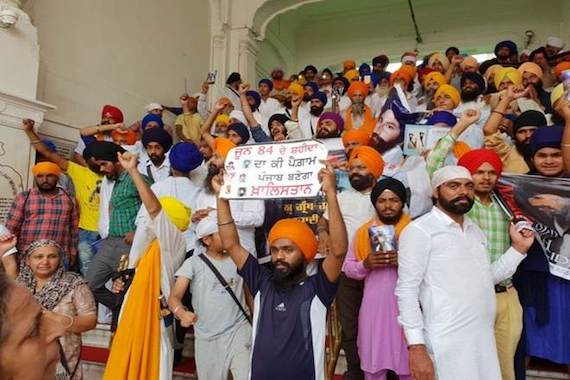 The specific allegations are that during the pilgrimage to Sikh shrines in Pakistan on religious and historical occasions, Khalistani groups and their members use the religious platform to air anti-India sentiments, raise Khalistan slogans and display pictures of the hero of 1984 Battle of Amritsar -Sant Jarnail Singh Bhindranwale. Allegedly, the stage is provided by Pakistani Sikhs active under the aegis of the Pakistan Sikh Gurdwara Parbandhak Committee.

The first allegation is pure political fiction. I would like to say that a major section of Sikh Diaspora from Amritsar to Lahore to London raise rights violations by Indian forces in Punjab, express their desire for Punjab’s independence and seek UN intervention for self-determination. Are these anti-India sentiments? They are a defence of human rights and an expression of Sikh rights. What has Pakistan got to do with all of these?

The second contention is more ridiculous than the first one. What is the difference between slogans for Khalistan raised at Darbar Sahib on June 6 and in Nanakana Sahib on any occasion? Does the meaning or connotation of the word “Khalistan” change from place to place? 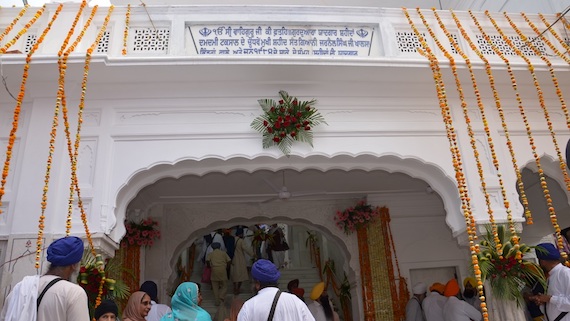 Thirdly, what is wrong with pictures of Sant Jarnail Singh Bhindranwale? A large majority of people in Punjab have pictures and posters of Sant Bhindranwale in their houses and those who hold him as heroes wear T-shirts with respect and aplomb. With the Darbar Sahib precincts, there is a Gurdwara Sahib in memory of Sant Jarnail Singh Bhindranwale and other martyrs, who upheld Sikh rights. Is the government of India scared of the image of Sant Bhindranwale? The dossier has repeatedly mentioned the name of Manmohan Singh Khalsa from UK for his anti-India speeches at Nankana Sahib while mentioning nearly 30 instances of Sikh pilgrims subjected to anti-India propaganda in the last few years. Manmohan Singh died in UK in Nov 2017. 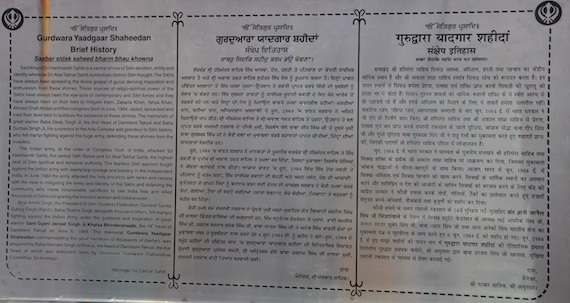 A board displaying Brief History of Gurdwara Yaadgaar Shaheedan

As far as Pakistani Sikhs are concerned, they are entitled to their ideology and right to belief. And they are on the same page as Sikhs of the US, Canada, UK, Europe and Punjab. Targeting them separately means that Indian is viewing them from the prism of its animosity with Pakistan which is an affront on their basic rights.

Dal Khalsa believes that India providing lists of Khalistani activists and their activities abroad including Pakistan is nothing but a propaganda war. India is consciously making efforts to defame the Khalistan struggle and malign its protagonists. By deliberately refusing to recognize Sikh aspirations for freedom, India desires to show to the world that this legitimate struggle does not have a base within the community but is a brainchild of foreign powers.

What started with Pakistan, now includes Canada. Sikh bodies across the board from Punjab to the Diaspora have constantly refuted and rebutted all allegations levelled by India. We reaffirm that Sikh struggle for Punjab’s independence is indigenous by character. Sikhs want the international community and India to grant them the right to self-determination through referendum under United Nations.

India and the world have to change the perception about the Sikh struggle, without which they will never understand the genesis of the Punjab problem. No false allegations or diplomatic strides to undermine the Sikh struggle and malign the Sikh rights defenders and pro-freedom activists will deter the Sikhs from pursuing their campaign for justice, equality and self-determination.

Historically, Sikhs have ruled Punjab, they have a rich historical legacy of being a pro-people sovereign state in this region and we are steadfast and determined to regain our lost glory and self-rule.