New Delhi: A day after the Information and Broadcasting (I&B) Minister under Smriti Irani issued an amended guidelines for  journalists’ accreditation on the pretext of curbing ‘fake news’ and ‘propaganda’, the same has been withdrawn following the mass uproar within the journalist fraternity pertaining to this new amendment.

The Indian Prime Minister Narendra Modi here on Tuesday directed the I&B ministry to withdraw the press release on ‘fake news’ as it was seen as a direct attack on the freedom of press by the media organisations.

Whilst quoting its sources within the Prime Minster’s Office, the media reports said that the issue of journalists accreditation will be looked after by Press Council of India. 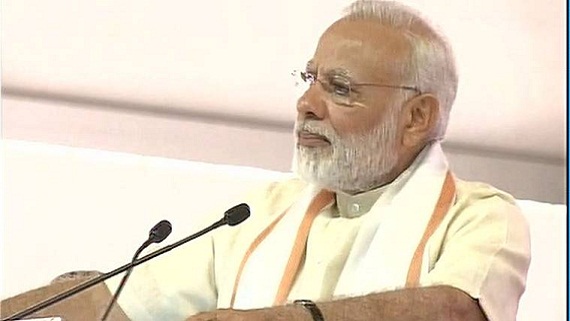 It was on Monday that the union government in a precarious move through Information and Broadcasting Ministry had amended guidelines for journalists’ accreditation stating that if a journalist is found to have “created and/or propagated” fake news, the journalist’s accreditation will be suspended or permanently cancelled.

I&B ministry in its statement said that “once a complaint is registered for determination of fake news, the accreditation of the journalist who “created and/or propagated the fake news” will be “suspended till such time the determination regarding the fake news is made by the regulating agencies mentioned above”.

Furthermore, it stated that  the determination is “expected to be completed within 15 days” by the regulating agencies.

A journalist is accredited with the Press Information Bureau of the Centre after she/he has least “five years’ experience as a full-time working journalist.” Freelance journalists need to have 15 years experience and foreign correspondents five years with a valid work visa, notes the Indian Express (IE) in its report.

To further justify the amendment it was claimed that an increase has been witnessed in the “instances of fake news in various mediums including print and electronic media.”

On receiving “any complaints of such instances of fake news,” the statement published in an English vernacular said, it would be referred to the Press Council of India if it pertains to print media and to NBA if it relates to electronic media, “for determination of the news item being fake or not”.

If publishing or telecast of fake news is confirmed, the statement said, the journalist’s accreditation shall be suspended for 6 months for first violation, one year for second violation and will be permanently cancelled if there is a third violation.

Notably, the Press release pertaining to the amendments made in the guidelines for  journalists’ accreditation dated 2nd April (Monday) has been removed from the official website of Press Information Bureau (PIB) Govt of India. For notifying the withdrawal of earlier guideline a single line press release reading “PIB Press Release regarding Fake News uploaded last evening stands withdrawn” has been published on its official website.

Meanwhile, Amnesty International India has welcomed the withdrawal of an executive order issued by the central government that allowed journalists’ accreditation to be suspended by non-government regulatory agencies if they were accused of disseminating ‘fake news’.

“This appeared to be a brazen attempt to control the media under the façade of controlling ‘fake news’, and target critics of the government,” Aakar Patel, Executive Director, Amnesty International India said.

“While intentionally misleading and deceitful reports are a real problem, the solution is not to crack down on press freedom. The government should instead take steps to promote a free, independent and diverse environment for the media.”

“Several government spokesperson have been known to disseminate disinformation which they should know to be false, on social media and on television. This dangerous trend needs to stop,” he further added to his statement.