Punjab: 3 Killed in Ferozepur in Soil Erosion While Repairing Khooi

Chandigarh/ Ferozepur: Punjab is facing severe ground water depletion crisis as the state’s river is allocated to non-riparian states like Rajasthan, Delhi and Haryana by the Indian state. The crisis is so severe that geology experts are warning that the Punjab, once known as the land of five rivers, will turn into next sinking region on the earth. Experts have advanced hard facts to support their claim. They say that majority of the block in Punjab as “overexploited” which means the ground water pulled out of soil is in excess to quantum of ground water recharge in the state. This leads to subsoil vacuum which could ultimately lead to soil erosion and submerging of the soil. 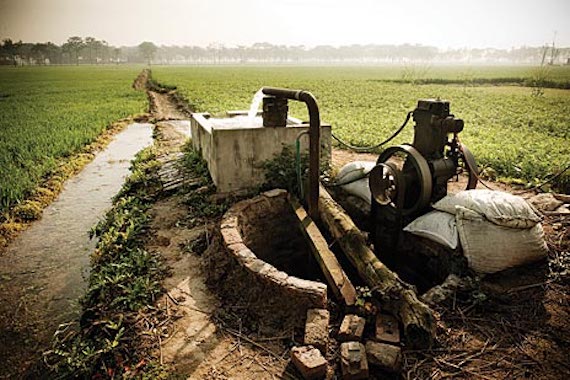 A similar incident is reported form Ferozepur district where three men died and two others were injured while repairing a khooi (a well for a tubewell).

According to The Indian Express (IE), the incident took place in a field in village Sharin Wala Saida in Guru Har Sahai subdivision of the Ferozepur district in late Saturday.

IE has quoted Lakho Ke Behram police station SHO to report that one labourer had entered a khooi in a field to repair motor and suddenly there was soil erosion and he got buried. Four others entered to save him. They were successful in getting him out but as soon as they themselves started climbing back, a huge chunk of soil eroded again and hey too were buried. Three to them could not be saved. Two others, who were injured in this incident are said to be out of danger.

MUST WATCH THIS VIDEO:

PUNJAB COULD TURN INTO NEW SINKING REGION ON THE EARTH: WARNS GEOLOGY EXPERT 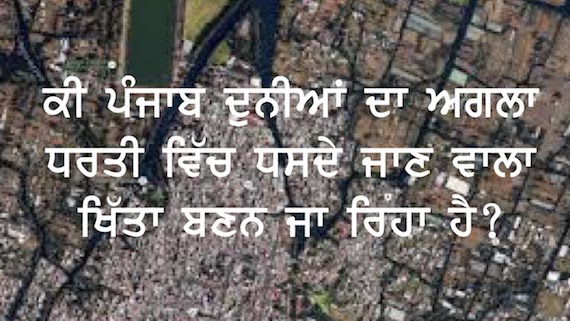