Gurmel Singh, who condemned the Gurdaspur attack resultant loss of life, said that he was compelled to write the letter as it was widely noted that following the news breaking in the Indian Media, Aaj Tak consistently reported the terrorists as being “Sikh militants” and “Khalistanis”.

“As the situation developed throughout the day it became clear that the attackers were in fact of the Islamic faith and were shouting slogans related to their faith and cause. Despite this Aaj Tak continued to broadcast news reports suggesting the attackers was so called ‘Sikh militants”, he added. 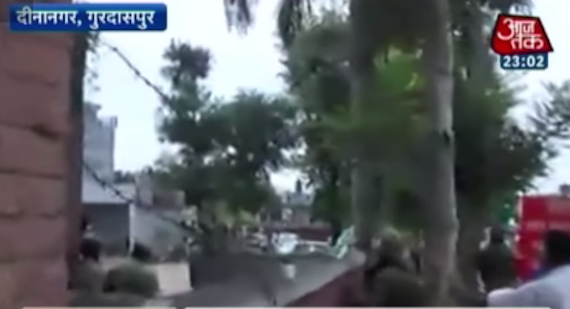 A still from a news report by Aaj Tak

“Subsequently, as the facts of the incident have become apparent there has been no acknowledgement of the error let alone and apology or correction of the misreporting”, Sikh Council Secretary General noted in this letter.

He said that the Sikh diaspora were concerned and anxious that the initial reporting falsely stated the attacks were carried out by Sikhs and furthermore attributed the attacks of to so called ‘Sikh militants’ and ‘Khalistanis’. “Given the history related to Sikhs in India we would urge caution in such inaccuracies and irresponsible reporting as they inevitably create a climate of fear and mistrust both for Sikhs as well as wider community” he added.

“To address this, we request an investigation to establish why it was deemed appropriate to label the terrorists carrying out this attack as ‘Sikh militants’ in the absence of firm evidence to verify this and an official apology to redress the damage done to the image of law abiding and peaceful Sikh community”, he added further.