It was an open and positive meeting lasting over an hour that focused on progress with the Sikh Manifesto that will be officially launched in the UK Parliament in January 2015. 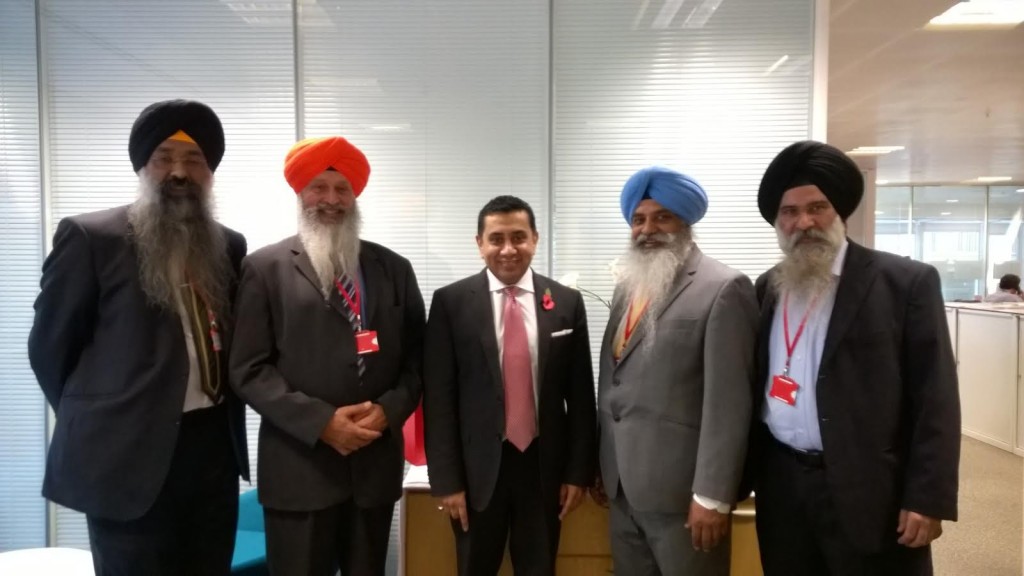 Sikh Federation (UK) at the meeting with the Minister

The full range of issues likely to be set out in the Sikh Manifesto were touched upon.

The Minister was very supportive of this development and the transparent way in which consultations were taking place and younger Sikhs were being actively involved.

The Minister was also interested in the concept of the Sikh Network linked to the Sikh Manifesto that was drawing on representatives from existing organisations, professionals and younger Sikh groups.

Lord Ahmad, himself a Punjabi, praised the Sikh Federation (UK) on representing the views of the grassroots of the Sikh community and impressed by the ability of the organisation to attract mass support through Gurdwaras and Sikh organisations.

He indicated the persistence of the organisation over many years to raise a number of challenging issues was now widely recognised and respected by UK politicians.

No doubt this has been helped by extensive mainstream media exposure in the last 12 months for the Sikh Federation (UK) that has considerably raised the public profile and wider appeal of the organisation.

Those who represented the Sikh Federation (UK) at the meeting with the Minister were its Chair, Bhai Amrik Singh, General Secretary, Bhai Narinderjit Singh and two of its advisers Bhai Sukhvinder Singh and Bhai Dabinderjit Singh.