Moga, Punjab: Hundreds of activists of various Sikh organisations took out a protest march against the Centre and the state government in Nihalsinghwala sub-division of Moga district on Sunday (August 02). Protesters were carry black flags. 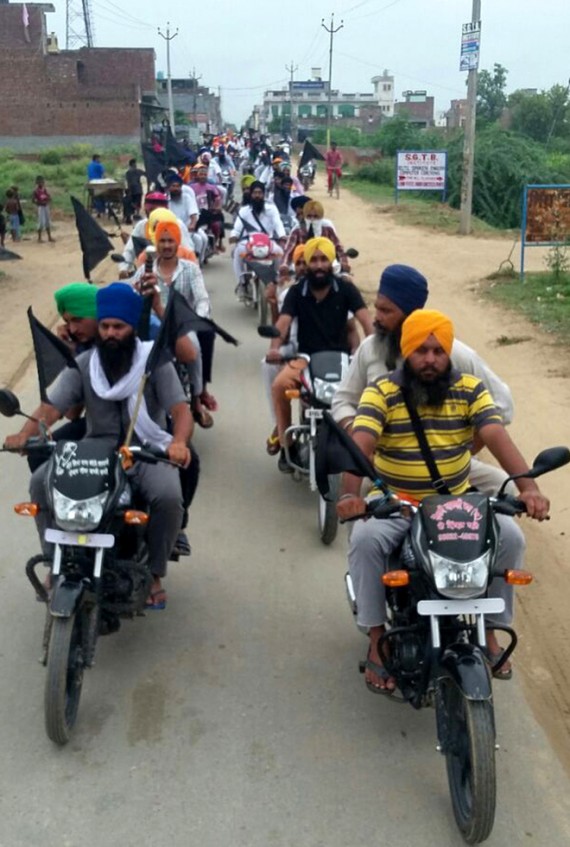 A view of protest march

The protest march began from Bhagta Bhai village and ended at Bhai Roopa village. The youths tied black bands on their turbans and also carried black flags in their hands. The protesters raised slogans against the Narendra Modi led NDA government in Centre and the Badal-BJP led government in Punjab for not taking up the matter seriously.