As per local media reports a volunteer from Surrey Deep Jhaj said “We are giving blood to save lives and also to send a message worldwide that killing won’t solve anything. Love, peace and saving lives is more important” & “that’s what our religion taught us and that’s what we’re saving.” 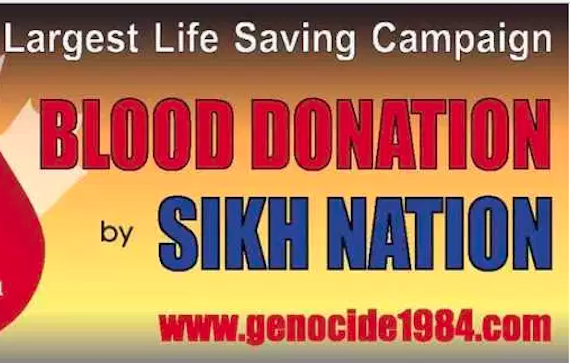 From Kelowna unit a volunteer named Bunvir Nijjer stated “It’s about bringing communities together & she hopes the effort will encourage people to donate blood year-round”.

Gayle Voyer from Canadian Blood Services Kelowna while appreciating the efforts said “about 50 people donated blood at the clinic, which is usually how much the Sikh Nation blood drive sees at their annual drive”.

“It’s in remembrance of a tragic event that happened in 1984 — the genocide against Sikhs in India. In that memory, everyone wanted to do something positive and show there’s still unity, we are still together and we won’t forget what happened.”