London: Special  screening of a documentary titled “1984, When the sun didn’t rise”, will be held at multiple venues across the city of London from 7th February (Wednesday) till 14th March 2018 (Wednesday). The screening will commence on 7th February from University College London at 6 PM in the evening and will cover different educational institutions and gurdwaras and will conclude with final screening on 14th March 2018 at Coventry University at 6 PM.

The 57-minute documentary chronicles the lives of women who live in Delhi’s Widow Colony, which houses the widows of the Sikh men who were killed in Delhi during Sikh Genocide 1984. 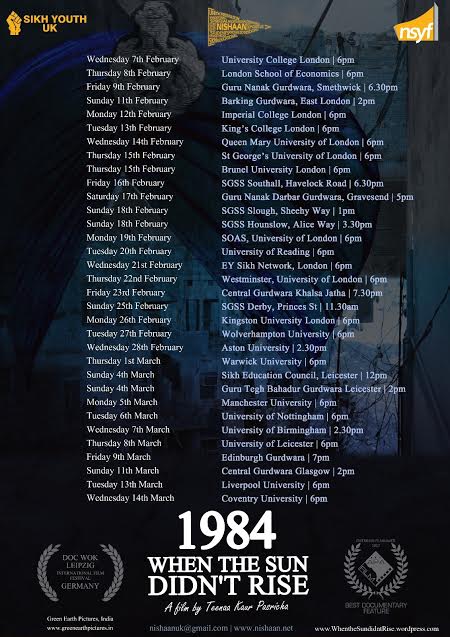