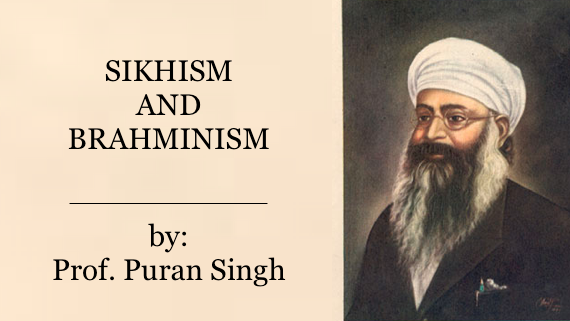 Ramdas had selected a solitary place shaded by Acacia trees, part of the gift of land made by the Emperor Akbar, and at the bidding of Amardas, had laid there the foundation of a new colony of disciples.

This presentation is based on audioarticle of a writeup penned by Sikh Siyasat editor Parmjeet Singh Gazi.

Media are the collective communication outlets or tools used to store and deliver information or data. Social media are interactive computer based algorithms that facilitate the creation and sharing of information, ideas & other forms of expression via virtual networks.

The documentary starts with the quote of Martin Luther King Jr., “In the End, we will remember not the words of our enemies, but the silence of our friends.”

It is generally asserted that the first five Sikh Gurus, up to Guru Arjan (1563-1606), were opposed to individual participation in war, and to war as a measure of national policy, and that it was the persecution of Guru Arjan by the Mughal Emperor Jebangir which obliged the Sikh movement to diverge from its true doctrine of pacifism.

After the passing of Har Gobind a calm ensued, for the Sikhs were, by nature, peace-loving and fond of celestial contemplation, and the Guru's residence was now permanently shifted from Amritsar to Kiratpur-an out of the way, inaccessible ~lace. Besides, Emperor Shah Jehan had seen, during the lifetime of Har Gobind, that it served no good purpose to make the Sikhs his enemies. On the illness of Dara Shikoh, his youngest and most beloved son,

The child Har Krishan, the younger son of Har Rai had developed those mystic signs by which the Master was always recognized. The very Darshanam of Har Krishan healed the sick and comforted the miserable. Har Rai bowed down to this child as to Guru Nanak, and left the earth.

The last days of the Master, at Kartarpur were made bitterby the attitude of hissonstowards bis beloved disciple, Angad. Nanak, as a spiritual teacher had given his love to his dearest disciple, and the jealousy of his family brought about a situation similarto that in the story ofthe awakening of Galatea. Nanak had therefore, already denied himself the pleasure ofthe presence at Kartarpur of his great disciple, on whom he loved to feast his mind, and had asked Angad to go and live at his own native place, Khadur. After this it was Nanak who would go occasionally to Khadur to see his Angad. A pilgrimage by the old Nanak to tl'e new.

NANAK AND GOD’S HOUSE – Nanak the Master was at Mecca. The Master slept out of doors with his feet turned inadvertently towards the Qaaba, ...

THE CHILD NANAK – He came like a song of Heaven, and began singing as he felt the touch of the breez and saw the ...

Instead of considering this text as an opinion article, research paper or report, it is my humble request to consider this as either a conversation or an open letter that may serve as a mode of awareness about an impeding existential threat to the people of the Indian sub-continent in general and freedom of humanity as we currently know. In present times we are staring at a grim future which wil

This is in response to the write-up in 'The Tribune' by K N Pandita on CAA with reference to the horrific terror strike at a historic Gurdwara- Guru’s place- in Afghanistan, killing 25 innocent Sikh worshippers. The author seems to justify the controversial citizenship amendment legislation in the context of this attack.

Looming Threat of Genocide in India

by: Pieter Friedrich* I Last month, a widowed Muslim woman in India was arrested and charged with sedition — that is, with inciting an insurrection. ...

Ever since the inauguration of the Kartarpur Sahib Corridor, three months ago, in November 2019, it has drawn the attention of media and strategic analysts in South Asia, and outside the region, for different reasons.

Peacefully protesting against the government is not a crime. Not agreeing with the policies of a government does not make you a traitor either.

It may not be inappropriate here to refer to a school of Nām—culture in the Punjab that must be so called to distinguish it from the Sufis (the Sufis being the Hindu-Muslim School of thought), the Sikh-Muslim School. It is well-known that Baba Guru Nanak was well-beloved of both Hindus and Muslims.