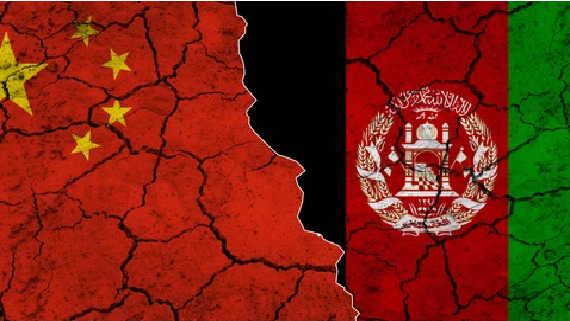 The last days of the Master, at Kartarpur were made bitterby the attitude of hissonstowards bis beloved disciple, Angad. Nanak, as a spiritual teacher had given his love to his dearest disciple, and the jealousy of his family brought about a situation similarto that in the story ofthe awakening of Galatea. Nanak had therefore, already denied himself the pleasure ofthe presence at Kartarpur of his great disciple, on whom he loved to feast his mind, and had asked Angad to go and live at his own native place, Khadur. After this it was Nanak who would go occasionally to Khadur to see his Angad. A pilgrimage by the old Nanak to tl'e new.

NANAK AND GOD’S HOUSE – Nanak the Master was at Mecca. The Master slept out of doors with his feet turned inadvertently towards the Qaaba, ...

THE CHILD NANAK – He came like a song of Heaven, and began singing as he felt the touch of the breez and saw the ...

Farmer’s struggle has completed few phases of endurance. It has churned out a lot. This whole struggle has been colored differently by different sections. But wisdom on both sides know that it started with an ancestral impulse of resilience against injustice. It started with a micro cosmic demonstration in Punjab,

Instead of considering this text as an opinion article, research paper or report, it is my humble request to consider this as either a conversation or an open letter that may serve as a mode of awareness about an impeding existential threat to the people of the Indian sub-continent in general and freedom of humanity as we currently know. In present times we are staring at a grim future which wil

War Time Propaganda against the Farmer Protest in India

Nowadays, India is protesting against new farm laws, lawsmade by Indian government during pandemic period of Covid-19, a pandemic which has paused body and mind ...

First thing first, a term is to be decided to be given to what farmers in India (especially from Panjab) are doing these days in Delhi, the capital region of India. 'War' or 'Fight' suits the best but we'll continue with 'Struggle' as we still think ‘them’ (Delhi rulers) to be ours and 'war' will be too harsh for it. They are using age expired tear gas apparatus and water cannons in this chilling time on their own people representing themselves for their legitimate rights peacefully. Even when they are preparing stadiums and open grounds into prisons so it is more or less a war like situation.

Farmers in India and the Fundamental Right to Protest: International Human Rights Day 2020

Weeks of protests by farmers from Punjab and Haryana intensified against three controversial farming laws which abolish Minimum Support Pricing (MSP) for farmers, led to a call for protestors to make their way to the national capital Delhi. On the 8th of December the protests had spread with farmers across India leading a country wide strike and shut down (band). Many of these poor and marginalised farmers, battled against the onset of winter amidst a world-wide pandemic travelling the 500km by foot, on tractors, scooters and other vehicles.

Winds From Punjab: Existential States for Farmers & Government Are High

The central government may, by hook or crook, ride out the current Punjab-based farmers’ agitation. But the underlying logic of the situation can sow the seeds of a long-term crisis. The existential stakes in this agitation for both the farmers and the government are high; but the possibility of a good faith material resolution of the problem is low. This has the makings of a perfect storm.

The current decade has seen one of the most drastic changes in the arena of politics, global trade (Capitalism) and international affairs. We have witnessed unprecedented rise in right wing politics across Europe, Latin America, North America and in the Indian Subcontinent. These political changes are followed with multiple business and trade alliances be it Belt & Road Initiative (BRI) and China Pakistan Economic Corridor (CPEC) by China, or Trans-Pacific Free Trade agreement led by USA (though the US under Trump pulled itself out but new Biden administration is expected to rejoin this).

This was the first elec­tion since 1992 when an in­cum­bent pres­i­dent failed to win re-elec­tion for a sec­ond term. With over 75 mil­lion votes, Biden re­ceived the most votes ever cast for a pres­i­den­tial can­di­date, beat­ing Barack Oba­ma’s record of 69.5 mil­lion votes from 2008.

Despite Bigotry and Discrimination, Sikhs Continue to Fight for Dignity in US Politics

Presumptive Democratic Party nominee for the upcoming US elections, Joe Biden, in a tweet on 6 August paid homage to Sikh worshippers, who while praying at a Gurudwara (Sikh temple) in Oak Creek, Wisconsin, eight years ago, were killed by a white supremacist.